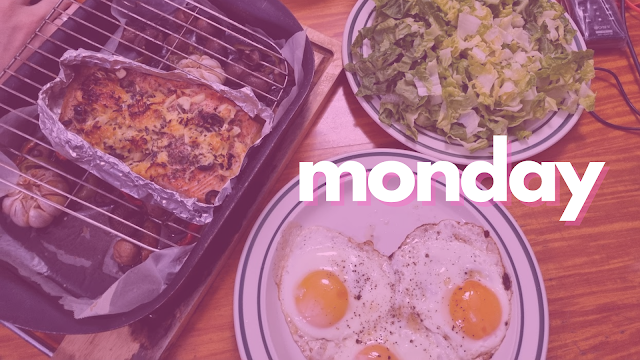 After Duterte won the presidential election in 2016, I felt pretty bad. That had been yet another election that I had opted not to register to vote because the outcome felt inevitable. And I had a pretty hardline stance about only wanting to vote for people I absolutely believed in - and Mar Roxas wasn't that person. But it was also a rather arrogant stance. one that I eventually came to regret.

This is why I registered to vote in 2019 without knowing who would run this year. I wanted to at least have the option to vote should the right candidate come along. Getting registered didn't quite get me wanting to vote just yet - but Leni Robredo announcing that she would run for President did.

After a long night of figuring out who we were going to vote for, Tobie and I woke up early and made our way to our voting precinct. It was a good idea to take a Grab since everyone else ended up risking parking along C5, of all things. Our Grab couldn't even bring us onto the street where the school is located - the road had been closed because the queue of voters reached all the way to the highway. But the line was moving steadily so that helped, I suppose.

Despite all the elections guides I had read over the past few weeks, none of that quite prepared me for the bedlam of the actual voting area. There was a single temperature reader by the main gate of the school and everyone was crowding to wave their hand in front of it - and it didn't seem like anyone was even checking what the readings were.

It was good that we had managed to work the online precinct finder because there was no clear indication of what to do apart from a few copies of a tarp that had the map of the school and the clustered precinct assignments - about 4 precincts per room. We didn't have to queue to ask to confirm where our precinct once and instead just had to focus on finding the right classrooms. My line for my room had already snaked back on itself. Tobie's queue went down the stairs we had climbed up to get there. But we had a job to do.

It took Tobie about 2 hours to cast his vote. It took me closer to 3 hours for some reason. And the whole time I did my best to keep my cool and avoid reacting to the different conversations around me - many of them stressing how people were...let's just say we had different ideas on who to vote for. Both Tobie and I had that person in the queue who felt they needed to narrate our time in queue by complaining aloud about every little thing. In other words, it was a stressful morning.

We left the voting area still pretty energized but only cautiously optimistic. It was hard to be entirely excited because we first needed to figure out how to get home. The worst-case option was to walk all 5ish kilometers back to the Sietch since we assumed we wouldn't be able to get a ride. We made a pitstop at a Petron station along the highway and still weren't able to hail a Grab, but we totally got lucky with a cab that offloaded passengers right in front of us.

The initial election results being reported are disheartening, to say the least. Writing this blog post resulted in me digging up some older posts I wrote about everyone'a right to vote along with the inevitable tyranny of the majority. And this is another election that may act as a reminder that people in my social circles do not represent the majority.

I'm trying not to think about things too much for now - best to wait for the official results once they come along and then figure out my life from there. Hence we're watching shallow content like the latest season of The Circle and I've queued more Star Trek books into my reading queue.

It's not over yet, but we have to be prepared for the worst. The work for the elections is done. The real work for all of us, regardless of the outcome, still lies ahead.

I don't regret voting. The odds will always feel like they're against "us", but we have to keep fighting the good fight. And never stop fighting.