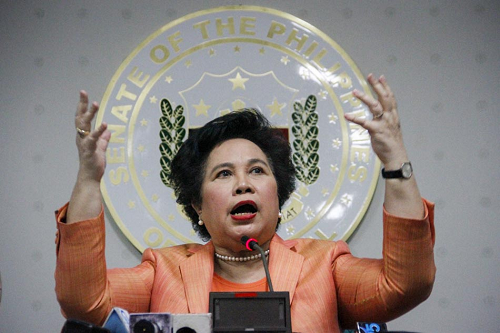 The next presidential election is less than two years away, but it seems like the media hasn't been able to stop talking about it ever since the President crossed the halfway mark in his 6-year term. And this is the year when all the political hopefuls start to creep out of the woodwork and make themselves felt as they test the waters and try to figure out their chances of becoming the next chief executive of the Philippines. So naturally, it's a horrible, horrible time.

I've been a conscientious abstainer for many years now as I hold to my stand that I'll actually vote when I see someone worth voting. And to be perfectly honest, I have yet to see any political candidate worth believing in. The popular argument against my stance is that I'm somehow "wasting" my vote, or that I'm letting bad candidates win by not voting against them somehow.

When given a choice between several evils, I don't think we should ever feel that the only option left to us is to pick the least evil option and run with it. That's not voting for someone - that's settling for someone else. And I hear similar arguments over and over again, how people do not choose candidates solely based on their political platform and their track record but they also try to factor in that candidate's likelihood to win. That's not voting - that's more like gambling and trying to hedge your bets in a way that is favorable to you somehow, even if it just means breaking event.

I look a Senator Miriam Defensor-Santiago and her "miraculous" recovery from her single "Stage 4" cancer tumor and her early statements about considering another presidential run in 2016. This is the same Miriam who threatened to kill herself if she didn't win the 1992 elections - but she didn't win and she's still alive today. Her increased popularity isn't directly related to her work in the Senate - she's been absent most of the time due to her "chronic fatigue syndrome" that turned out to be lung cancer somehow. Instead people remember her more for the media game that she's been playing - her witty one-liners that she makes sure to post on her official social media channels and her various antics that capture headlines and thus national attention. She's just as crazy and potty-mouthed as she used to be in 1992 and yet more people see her as a viable candidate instead of the crazy woman we all joked she was back in the day. And her outbursts, vulgar insults and other shenanigans are hardly the actions of a truly intelligent, sensible woman.

And yes, I totally don't want Binay to be the next President, however I also do not see how anyone is going to beat him just yet. Of course things may change within the next two years and maybe some surprise candidate may emerge and actually stand a chance of defeating the Binay juggernaut. Or perhaps the current parking building scandal will be significant enough to knock Binay out of the running, although that alternative seems rather far-fetched.

I love this country, but sometimes I wonder why I still live here.