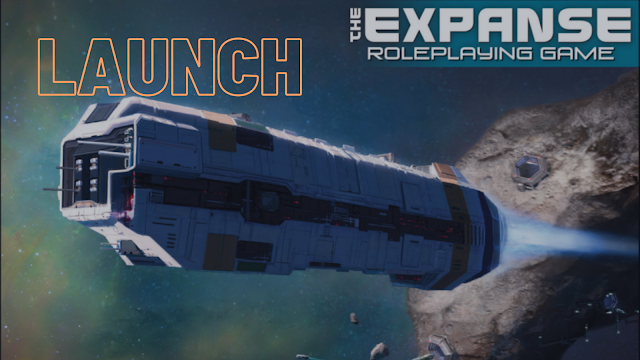 Metro Manila Community Quarantine - Day 552
I was pretty much busy with different video calls, meetings and interviews all day today and it was certainly quite the end of the workweek. At least part of my online craziness included two recreational activities that I run for the company. The first was one Lunch & Learn session, where we go through instructional videos together. And the other was our monthly online game night, which included a new game platform that one of the team suggested, which added some nice variety to just me offering games for everyone to play. Achievement!
Tomorrow is my big one-shot session for The Expanse RPG and I've been too busy with work this week to really stress over it. So I'm starting to stress over it tonight as I go over last-minute preparations. It doesn't help that one of the players asked if it's okay to stream our session, which will add a bit of pressure, but I shouldn't let it get to me.
I went through a similar round of stress the last time I prepared for an RPG session in 2017. Man, it has literally been years since I last ran a game, believe it or not. And before that, my last game session was in 2014. I really shouldn't limit running games to every 3+ years, but these things just happen. And all my previous efforts involved the Doctor Who RPG system. Initially, I had also run prepared adventures that were shared with the public but things culminated with me offering a custom scenario that I got the FGTC group to run with me.
So maybe I'm going to go through the same thing again with The Expanse RPG as I will be running a prepared adventure tomorrow and maybe that'll help me find the confidence to either run original stories or maybe - GASP - a campaign?
Calming down for now. That's putting the cart before the horse and all that.
gaming QuaranGeeking sietch life tabletop gaming work