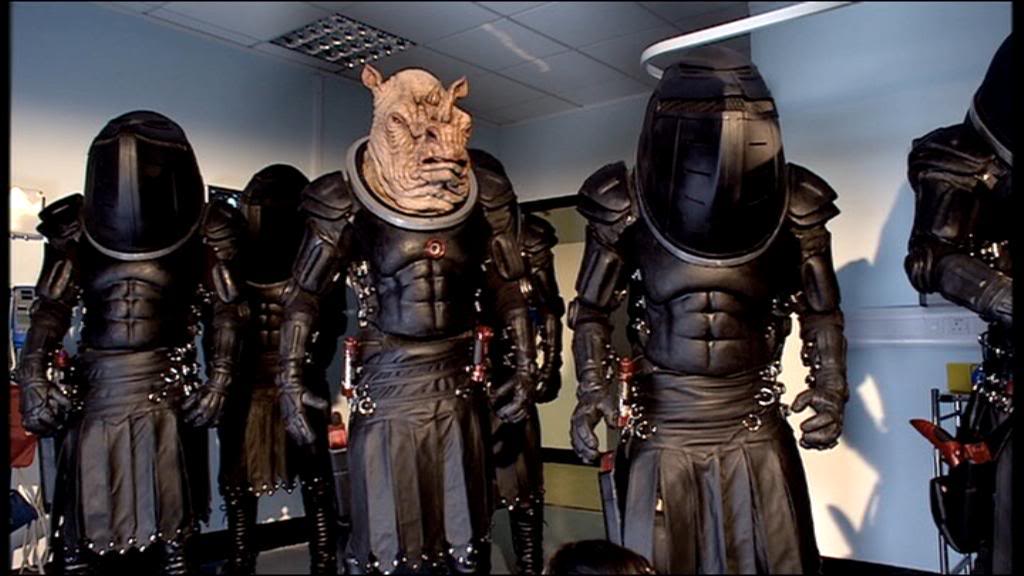 So I actually got to run my first Doctor Who: Adventures in Time and Space RPG session last night, which is a full week before I had officially planned to do so. We were in the middle of a game night with some friends and were trying to map out what game system to use as our on-going campaign in the future and I ended up suggesting I run a DWAITAS one-shot for the night just so that we'd still get to play something. We had already played a round of Bang! The Dice Game and Lords of Waterdeep and it fell to me to fill up the rest of the night. Considering we used all-original characters, we got to get through all the game's prep work and the adventure within less than 5 hours. Not bad at all.

I had used a pre-developed adventure that came with our Doctor Who RPG kit that involved the cosmic policemen / mercenaries / bounty hunters known as the Judoon. And this time around the Doctor (as controlled by me as an NPC) and his companions were actually in a unique position to help them with an epidemic of sorts spreading throughout the ship. The adventure was pretty well-designed and it's certainly a nice guide to designing future adventures of my own.

I'll still try a few more pre-designed games with different groups to continue to get a feel for the game and determine other things that I want to try in the future. The game system is pretty flexible and allows for fairly decent yet diverse games within the Doctor Who universe. As I become more comfortable with the system, I foresee being able to design my own adventures with the Doctor. And given the growing Whovian community in the country, players should not be an issue in the long run.

The most important thing is that the players had fun and I didn't feel too much a fish out of water running a game for such seasoned players. If things go well, next week I may help some friends have their first-ever experience with RPGs thanks to Doctor Who.
Doctor Who gaming tabletop gaming