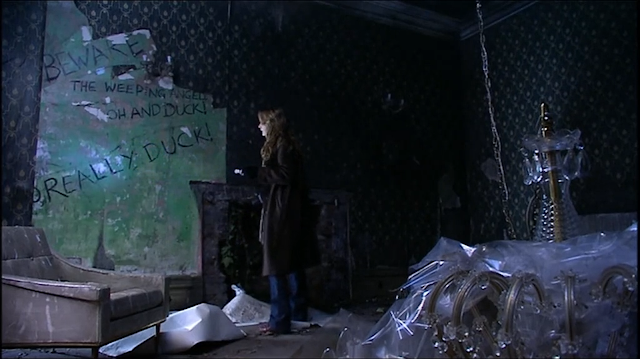 Work and Christmas errands has kept me a little too busy to dedicate more time to my Doctor Who RPG session preparation and I'm a little freaked out. On the one hand, I know I have enough to run the adventure and I should just trust in my experience as both a GM and a player experienced with narrative control mechanisms to see things through and adapt to whatever the players throw my way. After all, you can't really plan for every single eventuality in a game. The best stories flow organically and are shaped by both the GM and the players working together to tell a good story.

And that's all that should really matter at the end of the day. It's not about whether or not my story gets "solved" as I want it to be or for the story to go in the direction that I want it to. We just need to follow the story together and find the path forward that makes the most for everyone and hopefully does not involve killing any of the player characters. After all this is a Doctor Who adventure - violence is rarely all that prevalent in terms of the agenda, especially for those who run with the Doctor.

And that is one of the aspects of the Doctor Who RPG system that I feel best captures the essence of the series. The combat mechanic has overall timing broken down into four phases based on what you intend to do instead of your speed rating or some other initiative value. First the Talkers talk, so you have a chance to make a short speech to get an adversary to reconsider things. Then the Runners try to escape by literally running away. Then the Doers get on with their non-combat actions like tinkering with the device or reversing the polarity of the neutron flow. Then finally the Fighters get into actual combat - and this dictates the actions of both the players and the villains. And if that doesn't feel how conflict gets resolved on Doctor Who, I don't know what else could.

So for now I'm trying not to drive myself crazy stressing out and just hope for the best. We're going out to O Bar in a bit so that should certainly help. Then I'll probably try to review a bit more tomorrow before the actual game session in the evening.