02ABF: Saturday All Around 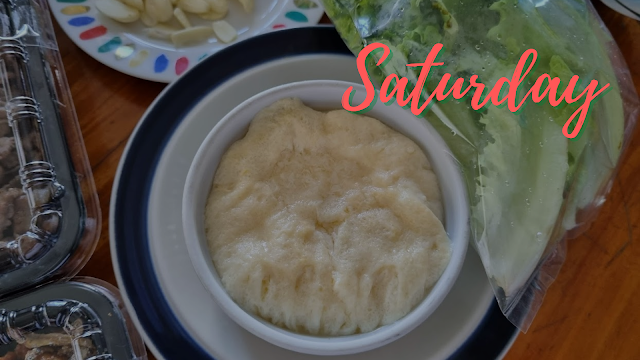 Metro Manila Community Quarantine - Day 679
It has been a rather interesting weekend thus far, mainly because of activities not part of our regular routine. And that at least gives me something to write about.
So I managed one of my weekend goals last night - Tobie and I finally tried playing our copy of Spirit Island last night. I knew it would be tricky to get through the first time since I barely followed along when I went through the tutorial for the computer game adaptation I have on Steam. But since we do own a full set of the game thanks to a secondhand purchase, I did want to make the most of things. And while it took us about 3 hours to go through the manual and finish our first playthrough, we did generally enjoy the game and I foresee a lot of potential for it. But man, it will be tricky to teach since it's like a cooperative Root where each Spirit has very unique abilities.
Staying up that late wasn't quite part of our plans though as we had Tobie's booster vaccination scheduled for this morning. It took a generous number of overlapping alarms to ensure that we woke up in time to meet up with the rest of my family who were also getting their shots today. This was the same process I went through last month and things remained very efficient. I'm just glad that everyone in my core family circle has had their booster vaccinations already, which gives a greater sense of security for the family.
We had hoped to keep the morning extra productive by passing by One Bonifacio to see if we could get our national IDs processed, but despite the many signs around BGC promoting the effort, it turned out that they had suspended registration activities ever since Alert Level 3 was declared in Metro Manila. So that was a bit of a bust and we just walked home so that Tobie could focus on resting. Thankfully his main side-effect has been more of a steady dull ache in the injection arm, which differs greatly from my own experience.
We ordered Sariwon for lunch delivery as is our habit every week as it always makes for a good meal. Tobie felt up to cooking a steamed egg for us, which I've really come to love as part of our take-out Korean meals. We only really have time for the extra prep work during the weekend - the few times we order Sariwon during the week don't always afford the time to cook as we probably ordered to save on time.
And I even got to squeeze in time to post a couple of book-related Tiktok videos that were all long overdue. They were mainly my efforts to share my end-of-year reports for Goodreads and Audible and such because that's something I use Tiktok for? Plus I wanted to get my January reading update posted while I was still listening to the audiobook Here's to Us because I was about to finish it and I had enjoyed it enough to want to proudly share that I was listening to it.
And our big focus for the night was playing an online RPG session for our ongoing Night's Black Agents campaign for The Dracula Dossier. This was our first proper session for the year as we had to cancel our prior schedule this month because of real-life complications for numerous players. So Tobie was eager to kick things off with a bang and we had one heck of a "season-opener" session with an intense chase sequence followed by a rather intense (and informative) interrogation of high-profile characters in the game.
We have our Pendragon game scheduled for tomorrow but tonight I think we'll manage a session or two of Dune Imperium with the new upgrade features. I had already invested time to sleeve our cards with the special sleeves that came with the set. Tobie keeps stressing this was a belated birthday gift - but the jury's out on that as he tends to claim multiple gifts are birthday gifts because we're really bad at sticking to a commitment to not get each other too many gifts.
We're never going to get "better" at that. LOL
books family food adventures gaming health QuaranGeeking sietch life social networking tabletop gaming Tobie