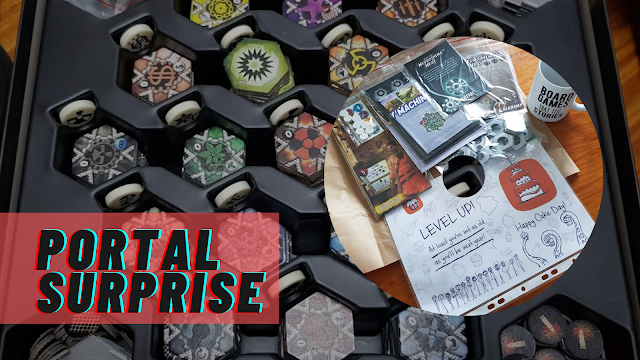 Metro Manila Community Quarantine - Day 551
During the week of my birthday, our copy of the Year of Moloch edition of Neuroshima Hex 3.0 arrived and I got around to loading it with all the expansions of the games that we owned. I realized that we were still missing one of the expansions, so I figured that ordering them from Portal Games would be a suitable early birthday gift to myself. Portal Games noticed the tweet and greeted me, and then I thought that was it. It was already cool to get a birthday greeting from Igancy Trzewiczek's official Twitter account because we love him and his company after all.
So the box with all those mini-expansions finally arrived from Poland today and at first, it just felt silly since it was a pretty big box for some very small components. There's a fixed shipping fee that Portal charges for orders to the Philippines and that is reflected by the same size of box used for the order - they just fill it up with this cardboard refuse that feels a lot more effective than little baggies of air. 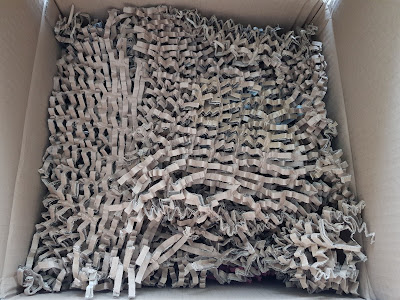 I was surprised that there was a little box inside the box, which was weird since everything I had ordered was flat. In addition, there was something that had been placed in a clear book sleeve, which I had no idea what it could be. At first, I was wondering if it was a bonus scenario for Detective or Vienna Connection maybe, because they had previously provided extra materials in that manner. But what it actually was turned out to be even more special.
It was a birthday greeting - one printed in that classic Portal Games style. If you had ever had stuff shipped for Portal in recent years, there's a decent chance that you may have gotten one of their personalized flat boxes that feature little stick figure art on the sides. This birthday message - printed on thick paper stock no less - was in that same style. And in addition to my order of various cardboard discs and other game components, there was also a Board Games That Tell Stories mug, which is sort of the tag line for the company.
I was ecstatic! Not only did they give a special greeting (which was even more special than the tweet), but they gave a free piece of Portal Games merchandise! As if we didn't already have enough reasons to love this independent game publishing company, this just endeared us to them even more. This is the sort of thing that really goes a long way to making us even more loyal fans to the company than before - if that's even possible.
It has already been a few weeks since my birthday, but this gesture really made my day. I feel so, so lucky that they decided to go the extra mile in this manner - and all this based on a tweet that they had managed to connect to my store order.
birthdays gaming sietch life tabletop gaming