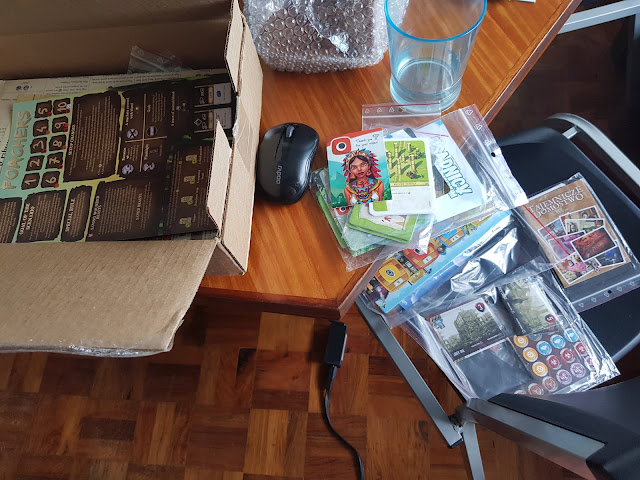 Tobie and I collect a variety of games for different reasons. We naturally gravitate towards certain game play styles like worker placement games or tile laying games. In other cases we support certain designers or franchises. But there are also quirky companies like Portal Games.

Now don't get me wrong, I know that for the most part it's easy to think of Portal Games as solely being Ignacy Trzewiczek, the game designer who leads the company and has given us many great games including Prêt-à-Porter, Imperial Settlers and Robinson Crusoe. He's not the only designer at Portal Games but he's pretty much the face of the company and the one we most associate with them.
Initially we'd buy games to support Ignacy as he's quite the quirky social  media personality. And he's been pretty liberal with sharing his thoughts on game deaign on his blog and across social media. But in recent years the company has been experimenting with running pre-order campaigns like Kickstarter efforts including stretch goals when sufficient numbers of pre-orders are met.

And thus in recent years we've been supporting their campaigns since it means getting exclusives bundled together with these game orders. Plus it cuts out the middle man in these transactions and makes sure that Portal Games themselves gets the money without passing through a retailer. Everyone wins, right?

But now I need to study the new Portal Games we purchased together with a good number of mini expansions we had also ordered. All for the love of Ignacy and his creative team!
gaming sietch life tabletop gaming