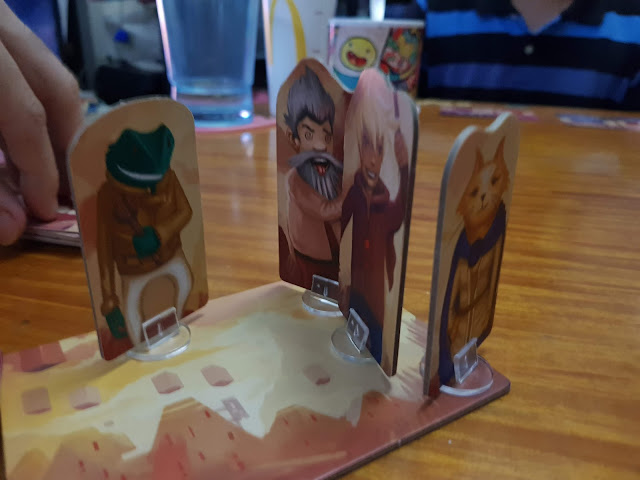 Metro Manila Community Quarantine - Day 338
This combined Chinese New Year and Valentine's Day weekend made for quite an epic gaming time for us as we arranged to meet up with different friends during this period. Admittedly, this was more than a little risky health-wise since it meant us being exposed to friends who came from different areas, but it felt like a reasonable risk to take for the weekend.
Case in point: Valentine's Day itself was spent playing board games with another couple since all other gaming plans avoided the event for obvious reasons.  We could have just played games on our own, which is still fun, but it was nice to bring out some lesser-played games again for yesterday's gaming day. This included some inspired choices like the video game inspired Megaland and the surprisingly tight worker placement game Upon a Fable.
With the Sietch board game collecting spanning over 600 titles, it's a challenge in itself to keep things in rotation. We love our games but it's just not easy making sure that every game gets played equally - especially since we have our favorites while some others are just too big to be played often. And admittedly going through the gateway games process does allow us to revisit some old friends along the way in order to keep things fresh for us as well.
I hope you all had a good long weekend as well.
gaming holidays QuaranGeeking sietch life tabletop gaming