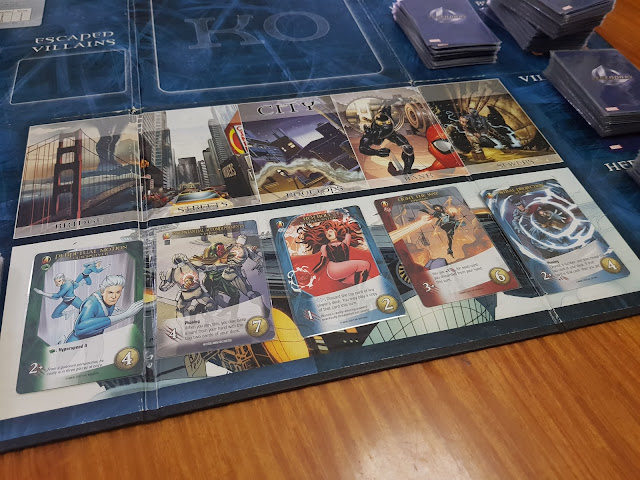 Metro Manila Community Quarantine - Day 337
Getting friends into the tabletop gaming hobby is a process. You can't jump right into complex games like Terraforming Mars right away since you're more likely to scare people away from the hobby entirely if you force them to learn some of the more complicated games right off the bat. Instead, you stand a better chance of getting them more excited about board games if you start with easier ones that they stand a better chance of grasping quickly and even winning before you bring in the big stuff.
Tobie and I have our range of gateway games that we like to get people started on and then we sort of take things from there. And the more we play with the same friends over and over, the more we can progress them up the ladder and try out bigger games, bring in new game mechanics, and other fun things.
It's not always good - it's easy to run into games that overwhelm players even after multiple game sessions and that can still sour their taste for gaming. Like many things in life, it becomes all the more important to communicate clearly, watch out for unhappy gamers and be sure to debrief between games to confirm if they actually enjoyed the game. Even better, it's good to identify which aspects of the game most appealed to them as that can inform your next few game choices.
It's a process, but on the whole, we invest so much time in it with so many different people in order to stand a chance of fostering new gamers who can play the bigger games with us on a regular basis. It's totally worth the effort and I think it leads to more fun for everyone.
gaming inner ramblings QuaranGeeking sietch life tabletop gaming