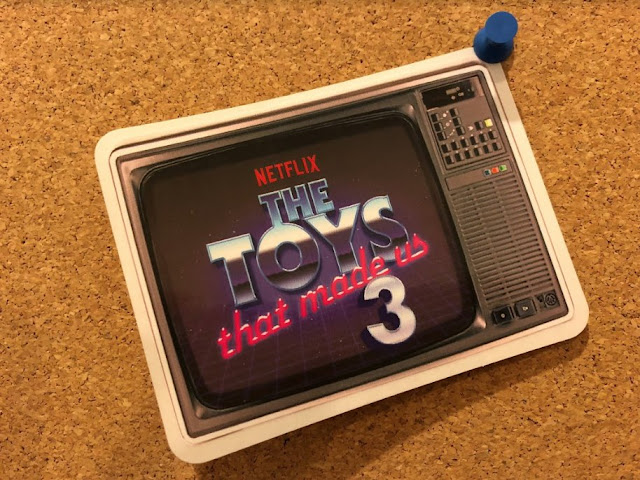 Gaming plans for the night fell through and traffic from SM MOA delayed Tobie on his way home, so it was too late to book tickets for the Midway movie at SM Aura for the only screening for the movie in BGC tonight. So instead we ordered dinner through Grab Food and opted to stay in.

I skimmed Netflix for something to watch and we ended up on the just-released latest season of The Toys That Made Us, the quirky documentary series that celebrates many different toylines primarily from the '80s. Given we had already covered the big lines like Barbie, G.I. Joe and Transformers, it's easy to wonder what could possibly be next, right? But yeah, our childhood as so many toys to celebrate and this bonus season opted to tackle Teenage Mutant Ninja Turtles, Power Rangers, My Little Pony and finally the various professional wrestling toys.

We're almost done and it has been quite the fun right. Not sure if we'll do anything else tonight but at least we had a fun series to go through. Then there's always the rest of Busted and then dusting off the PS3 again.

So many options for a lazy Friday night.