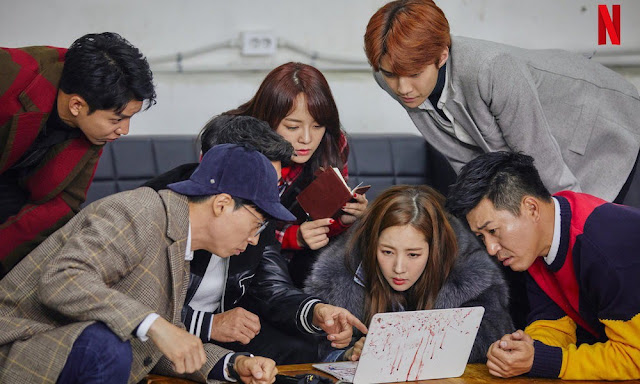 Oh man, I was not prepared for the return of the Netflix series Busted with a second season! Plans to watch The End of the F***ing World over dinner gave way to diving back into this crazy Korean mystery variety show hybrid. It's rather indulgent fun for us, especially given the sheer number of puzzles that they come up with for the show.

The second season really kicked things off with a bang with individual puzzles tailored for the members of the team, followed by a sort of puzzle scavenger hunt, and then, even more twists and turns in the show's meta-narrative. I know it's a bunch of actors and not a reality show per se, but it's some crazy good fun and Tobie and I are enjoying it a lot.