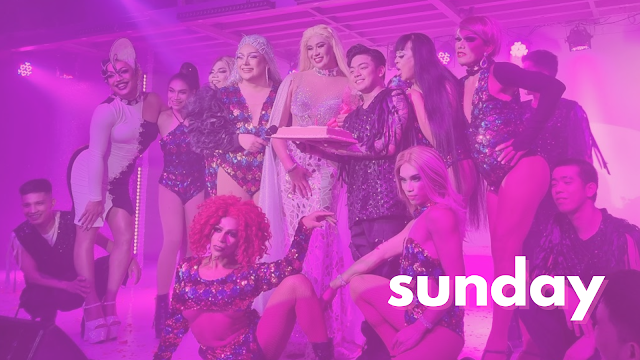 Last night was the big O Bar birthday show for Bench Hipolito and it was AMAZING. to be fair, every O Diva birthday show ends up being a brilliant showcase of their individual talents and to some degree their interests. But I really appreciated the way the show last night had been structured to show her range in terms of celebrities she impersonates well and other talents. I mean seriously, she even sang live, which is a new aspect to some of the recent birthday shows that I'm particularly enjoying.

But more than anything, you could tell that everyone enjoyed actually performing the show and the reactions they got out of the crowd. This is among the big reasons we continue to support and celebrate the girls because they're all quite talented and have invested so much time and work into their craft to put on some amazing performances.

And our love for local drag is really going to "pay off", in a way, this week with the premiere of Drag Race Philippines, the official local franchise edition of RuPaul's Drag Race. We've had a number of conversations with our drag queen friends who are part of the show to remind them that they're already amazing drag artists and the show is just an additional platform for them but it won't redefine who they are already.

A lot is going to change for them and the local drag scene as a whole as we're going to get a LOT of international attention and scrutiny once the show debuts internationally. And thus it's going to be even more important for everyone to maintain a first grip on their sense of self in order not to get swept away by everything coming their way.

It's going to be an interesting week ahead, for sure.