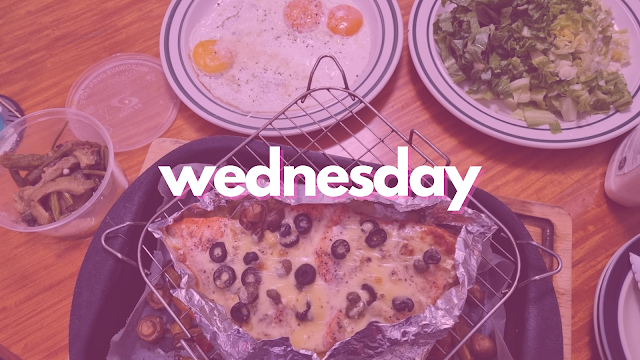 It amuses me that some friends actively check whether or not I include the community quarantine count at the start of these blog posts. Technically, we're still under Alert Level 1 - or at least we're assumed to be at this level for now since the administration hasn't made an official announcement beyond 15 July. Such fun.

This morning started in a most unusual way because of two very different things.

First, there was an earthquake. It seems the Android Earthquake Alert service either isn't active anymore or it didn't catch this one. But then again, this was a pretty strong one and it lasted for quite a while. As Tobie and I were still in the process of getting work, it was certainly not how anyone would have wanted to start their day. No major damage or injuries here or for our immediate family, at least. But the devastation up north closer to the epicenter was pretty significant.

And then as things settled down, we noticed that the folks at World of Wonder (finally) officially released the Meet the Queens video for the very first season of Drag Race Philippines. We're super excited for all the girls and the tremendous opportunity this represents. Of course, we're super excited for the amazing O Divas who made it on the show - Precious Paula Nicole, Turing, and now-Cornerstone-managed artist Brigiding. And there's also the likes of Vinas Deluxe, who also went through some of the O Bar rigor and we reconnected with over the course of the pandemic.

There are so many talented queens on the show, but we'll inevitably lean towards rooting for the girls we know more. It's only human.

So we have Netflix's The Sandman on 5 August, a new season of Locke & Key on 10 August, both Drag Race Philippines and She-Hulk on 17 August. It's going to be a very colorful month for television indeed. And we still haven't watched the latest season of The Umbrella Academy and nor have we bothered with the weird Resident Evil series.