029FF: Saturday After The Quake 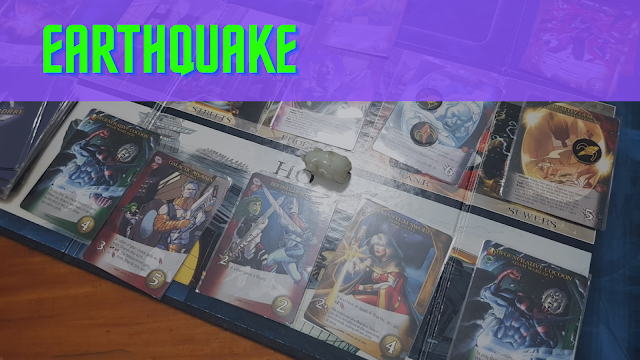 Metro Manila Community Quarantine - Day 497
After last night's Baduy Pride episode, Tobie and I played a few rounds of the Marvel iteration of the Legendary deck-building game as some leisurely Friday night gaming while also watching The Circle on Netflix. The main focus was to get around to testing some of the expansions that had arrived recently, these being Into the Cosmos and Realm of Kings. And I was pretty excited about this since both sets had a lot of focus on various cosmic-related characters from the Marvel Universe, which is one of my favorite story worlds to explore.
And the cosmic heroes certainly game through. First we tried a mostly classic line-up of the Inifinity Watch led by Adam Warlock facing Thanos as the mastermind. It got a little close, but in the end we managed to defeat the mad Titan. Our second game had a different mix of cosmic heroes including the likes of Nova, Quasar, and Ronan the Accuser facing Galactus, the Devourer of Worlds. And even though Galactus managed to eat 4/5 of the city, we managed to win out in the end.
We finished these games closer to 05:00am, and thus we were awake when the earthquake happened.
It was weird because we were still talking about the game we had just finished when we both got the Android earthquake alert on our respective phones just as things really began to sway. This was one of the rare earthquakes that we both noticed (or at least were both awake for) and it was a little scary. It wasn't just this swaying motion that was bothersome but more how long the seismic event lasted. We always get worried that many of our geek collectibles might fall off the different shelves and the longer the swaying lasted, the more stressful it felt. Thankfully nothing felt or got damaged/broken in the process, but it was certainly rather unnerving.
Once things settled down and we were fairly certain the Sietch remained secure, we also updated our respective families about the earthquake while also checking on them. You'd be surprised at how many of us were awake or at least awakened by the event. Tobie and I didn't rush to go back to bed either given all this and we were still awake for at least one of the aftershocks, which was also rather lengthy but at least not as bad as the first one.
The timing of this event was pretty weird given how we had been dealing with seemingly non-stop monsoon rains all day. Combine that with the heightened restrictions in Metro Manila because of the new COVID-19 delta variant, and you can understand how the rest of our Saturday was spent close to home. Tobie stepped out for groceries since we wanted to make sure we wouldn't be caught without supplies should a more serious earthquake happen, but beyond that, we remained indoors. At least we had another Night's Black Agents game to look forward to that took up a better part of our Saturday.
family gaming sietch life stop the presses tabletop gaming Tobie