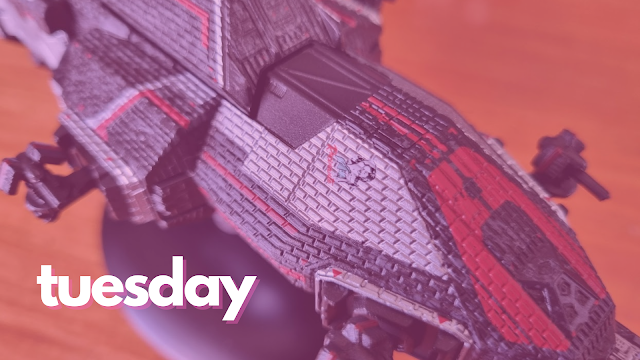 So the domain migration for Baduy Pride went by smoothly without a hitch - or at the very least I couldn't even determine if the site experienced any downtime. And now I get to work with the much cleaner Google Domains UI (versus the sad Enom dashboard) and other assurances of enhanced security features and things of that nature. This has actually gotten me to initiate the transfer for this blog's domain as well instead of waiting for my renewal period in December. I'm undecided when I'll move the Geeky Guide domain since I'm still sort of holding onto the domain email of that account.

This morning a LOT of overseas deliveries arrived all at the same time via MyShoppingBox. I typically get one or two packages at a time but sometimes they cluster up like this and then it's raining geekery. There were some atypical purchases like my Kickstarter rewards for the latest Root expansion or a particular Transformers figure. But the bulk of them were my Eaglemos subscriptions for various model starships.

The gem of the new arrivals is the Rocinante from The Expanse, one of my favorite science fiction franchises. This is just the standard issue model - there is also an XL edition (which I've already pre-ordered) that is coming later on that promises to be a bit more detailed than this one, but it's hard to imagine how much better they can make this model. Then again. I'm already deeply in love (and invested) in the various Eaglemoss ship models, so there's no going back at this point.

We're on the brink of finishing Business Proposal with only one more episode to go, so we'll be wrapping up the series tomorrow. It has been quite the funny ride and I'm curious to see how they'll ultimately resolve things since there are a few other plot threads hanging around. But these K-dramas really do like to tidy up at the end, so tomorrow should be interesting.

Shows for consideration as our next show include the likes of Mr. Sunshine, but I think we're going to go with Vincenzo to stick to lighter fare for now. Not that we have any shortage of shows to watch. There's recent stuff like Twenty Five Twenty One that also has a lot of good buzz or other "classics" that we still haven't gotten around to like Desccendants of the Sun. So many choices!