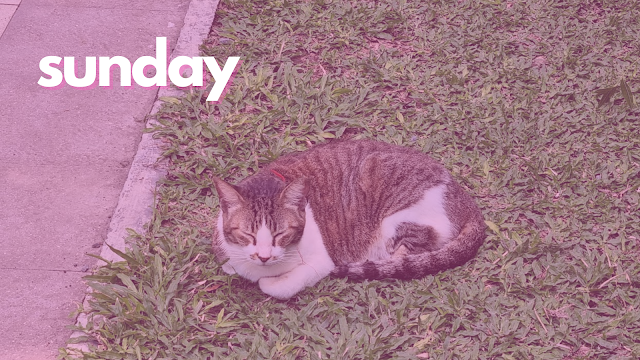 The weekend has gone pretty despite some work-related complications. While watching Stranger Things last night I also got to play a few more missions of Star Trek Online, which felt pretty fulfilling. Slept a little late, but then it's the weekend, so that's not a big issue.

Today I asked Tobie if he could handle the grocery shopping on his own today since I really wanted to go out walking. I've mentioned how my weekend walks around BGC feel like a bit of a hangover from Singapore and they make for an interesting alternative activity versus all my indoor workouts in the Sietch. I could jog and be more efficient with my time, but just brisk walking feels pretty good too, and lets me focus more on whichever audiobook I'm listening to.

I'm still listening to the Anthony Bourdain biography I mentioned the other week, and it's a very compelling book. I walked a good 90 minutes while listening to it and the time just flew by. I can feel the book coming closer and closer to the end though, which could be pretty heavy. Already so many of the interviews featured in the book make more and more allusions to his mental state. But it's important to get the whole story and not just the "happier" parts. It's part of the journey.

Our Pendragon game didn't push through because one of the players was out sick, so we ended up talking about old Magic: the Gathering cards and storylines for a while. We considered a one-shot but there just wasn't enough time for Tobie to pull something together at the last minute, so we ended up playing Terraforming Mars via the official Steam app. That was still fun, but I really wish we had been playing together in person instead of just online. But one thing at a time for now.

And in case you're wondering, I still managed to get a lot of my work done.

Now if only I could find the time to write some of those blog articles I've been meaning to write. I have some ideas for what I want to start on the Geeky Guide and there's actually a more personal Baduy Pride one I also want to write this week. Maybe I'll get started on it tonight before heading to bed. But time's running out fast, as always.