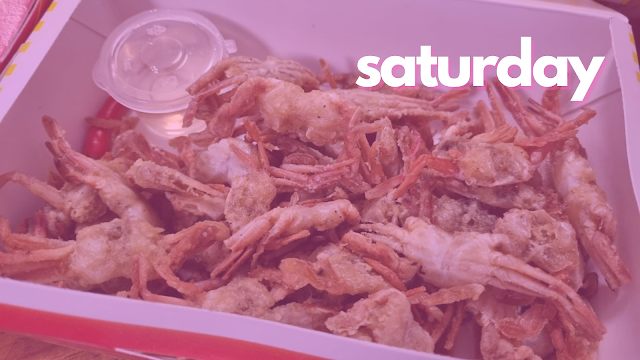 Despite how last night's O Bar night practically came together at the last minute (thus we were limited to a smaller table), it was a pretty fun night and a much-needed escape from everything else. We actually had quite a number of atypical guests with us at the table this time around but there were also some surprisingly familiar faces at the bar as well. And all that combined with a great show certainly contributed to an enjoyable night.

As is the nature of things when at a location filled with people drinking, there were some weird incidents as well. Our memorably unusual event for the evening was someone drunkenly throwing someone else's cake. It was just a small cake, but it was a particularly sticky one that really lingered even after the staff tried to clean up the worst of it. It made dancing and even just walking very difficult and Tobie and I are feeling particularly significant pain in our lower legs and ankles. I can only assume it's related to the cake-slicked floor.

June is just around the corner and that means Pride is near as well. O Bar has already announced their big Pride party on the 25th and we've already reserved a table for the night. We don't want to overdo things on the bar front but we'll see how June pans out. One thing can lead to another and then we'll be back to weekly excursions or things like that. Not necessarily a bad thing, but we're not as young as we used to be either.

Tobie and I really enjoyed this week's episode of Strange New Worlds. Then again, every episode released thus far has been totally amazing and this is definitely some of the best Trek we've seen in a while. Then we had our Night's Black Agents game, which was also great fun. And now we're just chilling with the latest season of Stranger Things while I try to figure out how much more work I'm going to squeeze into this weekend in order to not have to cram everything on Monday.

Plus I want to play more Star Trek Online.

Oh, and I got to rush an initial update post for the Geeky Guide. More on that in the coming weeks - at least that's the goal.