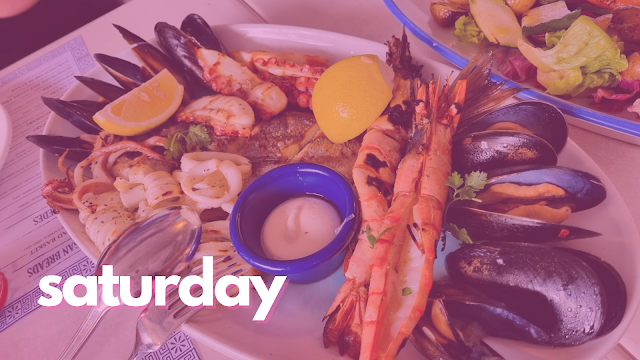 At around 04:00am this morning, Dad and I were staring out the window because it was pouring cats and dogs outside. There had been a discussion to bring the kids to the beach but we thought it was going to be a lot less likely that we'd push through.

So we woke up late to discover that my sister and family were already at the beach as the rains had eventually stopped. So it was a bit of a scramble to get ready and catch up with the rest of the family - but it was worth the effort. We spent the morning at Palawan Beach at Sentosa, which is a nice little space that I had last visited for a Pokemon event.

Despite being late, we still had a lot of fun and the weather held long enough so that we didn't get rained on. Then again, the weather was actually nice well into the afternoon. After the beach, we had a very hearty Mediterranean brunch and some coffee right after.

Things had been going so well.

Tragic news marked the afternoon. My sister's dog of nearly 10 years died shortly after they had gotten home. He has been dealing with specific health concerns for some time, but we didn't really expect things to progress this quickly. I realize that I didn't take any photos of him during this trip and I rather regret that. Things have been so busy and I wasn't bunking at their house this time around, it has meant left face time with the dogs.  It's never easy to lose a pet - we all know that pain well. We can only hope that all of our pets who have passed on are in some awesome place together and becoming the best of friends with one another.

We stayed in the rest of the day. I mostly got to participate in today's online RPG session. We had another big meal for dinner. And then Tobie I caught up on things after the game.

Only a few more days left in this Singapore trip. Time truly flies when you're having fun.