02A76: A Very Productive Quarantine Saturday 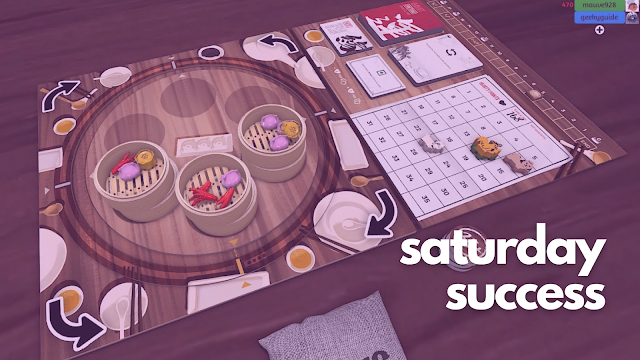 Metro Manila Community Quarantine - Day 616
Last night, Tobie was telling me that I really shouldn't be stressing out over today's schedule since I was clearing taking a LOT of things. But I am also me, which means I have my habits, patterns, schedules, and other obsessions that I just can't shake off.
So I woke up right before 7am, which was before my earliest alarm (and I had actually set an alarm for my workout). And that meant I had enough time for my full Saturday weights + yoga routine, which takes about 90 minutes including time to switch around my equipment and playlists between the two main routines. It was still a little close since I still needed to shower by the time our Saturday morning game started.
I had also squeezed in time to throw out the garbage, pay our utilities, and order drinking water refills, so it was a pretty productive meeting.
I'm glad that I forced things in order to play Blood & Honor today. It's one of my favorite TRPG games and game that really allows for strong storytelling for samurai adventures. I really should have stepped out sooner as planned, but the story was too good to leave.
That left me rushing to head out for my monthly parental resupply effort. Thankfully there were no major lines at the store, I got things processed pretty quickly. The real surprise was that when I visited my parents and dropped off my purchases, my mom asked if we could play a detective board game. It turned out they had recently tried playing Chronicles of Crime and she was eager to try another case. It's a good thing that Tobie and I also enjoy this game (and own it together with the expansions), so I just needed a bit of a refresher to get back into it. I had played the case before, so I was more of a facilitator than an active player, but it was still fun.
I got back to the Sietch a little later than planned, but it was worth the extra time with the family. It did mean a rather late Sariwon brunch (as is our habit every weekend), but the food was still good and we didn't lose too much time for our main online game night for the day. And that's what has us busy until now - we'll be gaming well into the wee hours of the morning and I always look forward to these nights. Wrangling the different technical constraints of the different board game apps is a bit of a headache at times, but this is still our safest option for gaming with our friends.
But man, I can feel the potential for a return to in-person gaming very soon. I can practically taste it if that even makes sense.
family food adventures gaming gym life QuaranGeeking sietch life tabletop gaming