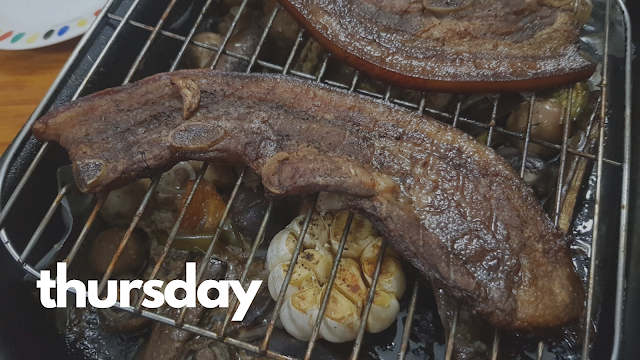 After watching No Time to Die last weekend, we've officially embarked on a little movie journey to go through all the James Bond movies. Initially, it felt like a fun idea to just go over the Daniel Craig movies, but we ended up going back to the very beginning of the series with Dr. No (1962), and we've been going through the EON library since then. It's kind of surprising how well the movies hold up except for the now-problematic depiction of non-Caucasians along with the rampant sexism. But it's easy to see how these movies shaped our perception of the world of espionage for so long.

As a distraction from the ongoing Star Trek Discovery drama, we're diving back into Star Trek: Prodigy to catch up with the series thus far. The pilot was definitely more of a gateway effort to get new fans into the show and the overall approach is trying to ease everyone into the Trek mythos very gradually. But I'm still quite excited by the overall tone of the show and its potential to tell new stories in the Trek universe. It's nice to try to think about the hope the show represents in the face more and more of the franchise getting locked away behind the Paramount+ paywall.

The sheer number of streaming platforms out there is getting kinda bonkers. For a time it was rather exciting to be on platforms shared across countries like Netflix, but as the number of platforms increases, it's starting to feel like the crazy times of cable TV where you had to consider how many channels you were willing to pay for. And it's simply not economically viable to subscribe to every single platform all at once. And thus we'll end up needing to choose between platforms based on whatever priorities we can come up with and then get creative for getting access to the other shows limited to particular streaming platforms.

Beyond this, looking forward to the respite of the weekend. Both Tobie and I have had a lot going on with our respective jobs and a break would be really nice. Just one more day.