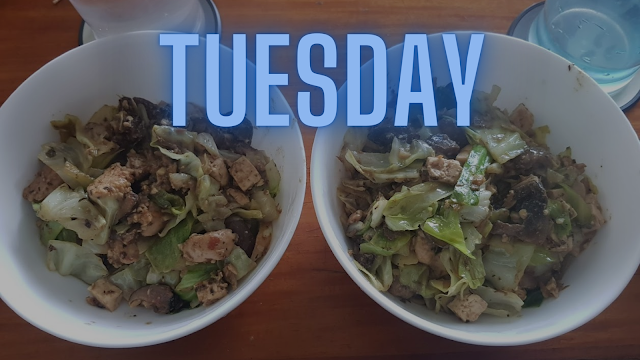 Metro Manila Community Quarantine - Day 556
September is already wrapping up and we still have a lot of things going on at work. I'm involved in several implementations and I can't for things to get to that comfortable steady-state once things are moving under their own steam. Right now a lot of things still need to get pushed along and that's taking up a fair amount of time.
Tobie is feeling better today after getting his second COVID-19 vaccination shot yesterday. He was pretty out of it once he was safely home, so it was nice to see him up and about again. And more importantly, this means that he's on the road to been "officially" vaccinated in another two weeks, which is quite a relief. I know, I know, the different vaccines don't offer immunity, but that greater degree of support and protection will go a long way. And I'm kinda envious that he got the AstraZenica vaccines whereas I got Sinovac although I'm glad I didn't have to wait several months between doses like Tobie had to.
Super enjoying Squid Game with Tobie. It's hard to find time to watch it given it's a subtitled series, but the story is very compelling. It's more than just a straight-up murder romp. There are a lot of moving parts involved and I look forward to seeing how it'll all resolve.
On a related note, we finally finished the third season of Killing Eve, and MAN it's such a good show. The dialog is just so clever and the plotting of the series is so beautifully done. Now I'm scared to read the books that the show is based on since I doubt it'll be quite the same experience. And there's only one other season left as they wrap up this series for good.
Anyway, now to get back to yet another iteration of a starting base on Oxygen Not Included.
computer gaming gaming health QuaranGeeking sietch life television Tobie work