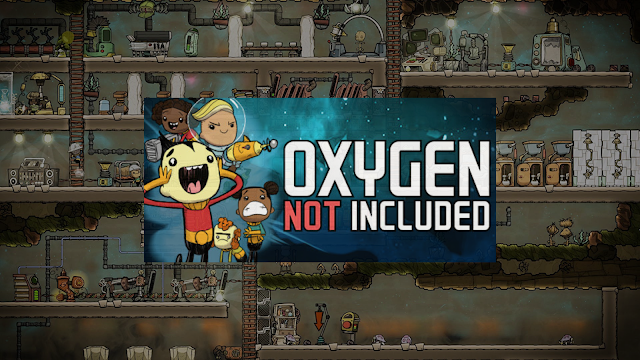 Oxygen Not Included has become my new side distraction indeed. While Tobie rested since he was still in second vaccination shot recovery mode today, I ended up loading the game again and trying out some things I had picked up from different beginner's guide videos that I had been watching. My base survived a lot longer this time, but things have been far from pretty nor have they been efficient. But I'm getting somewhere.

The game is proving to be quite the time suck - it sort of has the real-time equivalent of Civilization's "one more turn" syndrome. You just keep going through cycle after cycle, waiting for this or that task to complete and other fun stuff. But given how deep the goes, there are so many different interconnecting systems ranging from food production, power, water, and decorations! Hay.

I just have to make sure not to lose too much time to the game. We still have a bunch of other tasks and errands to worry about.

I also dove into Alex + Ada comic created by Jonathan Luna and Sarah Vaughn. It's one of those near-future concepts about human and potentially sentient robot relations that is quite well thought-out. The art is not the greatest, but the sometimes inhuman quality (or at least not ultra-realistic) adds to the narrative for some reason, so it totally works for me.

I may finish the whole series before bed, just because.