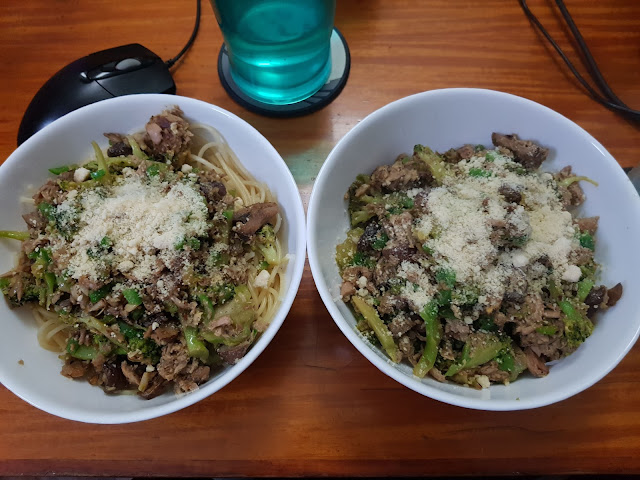 Metro Manila Community Quarantine - Day 339
I kind of miss writing for the Geeky Guide, but just posting reviews really isn't all that viable. It just ate up a lot of time and I don't really know how much people actually appreciated what I had to say about various things. And so the only updates that I bother to post as of late have been updates on my reading count for the previous months and sporadic experiments in other content styles like those spoiler rambles for things.
But I do have a few non-review blog ideas that have been bouncing around my head this week.
Idea 1: Obviously, I need to do a WandaVision ramble blog. The show is just sooo good and that deserves to be celebrated somehow. Tobie and I keep speculating and trying to figure out where the show is going and I kind of what to put some of those thoughts out there. But that may also go against my usual principle of not including spoilers in blog posts.
Idea 2: With the Snyder Cut of the Justice League movie just around the corner, I kind of what to talk about how I don't necessarily think that Snyder is all that AND that maybe DC Comics doesn't really need a connected movie universe to continue to be successful. Obviously, they just wanted to get on the same train as Marvel with their MCU, but that's not enough to act as a marketing strategy. Maybe this is really two separate blog posts.
Idea 3: A celebration of the Doctor Who comics by Titan Comics - or maybe just a celebration of the Year Two arc for the Eleventh Doctor. Seriously, it's such a good story arc.
Idea 4: The Expanse totally deserves some major love, and I haven't really had the chance to dedicate a lot of Geeky Guide content to this franchise. I got into the show and the books sometime after I had started to wind down my blogging frequency there and that series needs more love from me.
Idea 5: My general disappointment with the more recent seasons of American Gods because the show just gets super weird the more off-book they get.
blogging books comics television