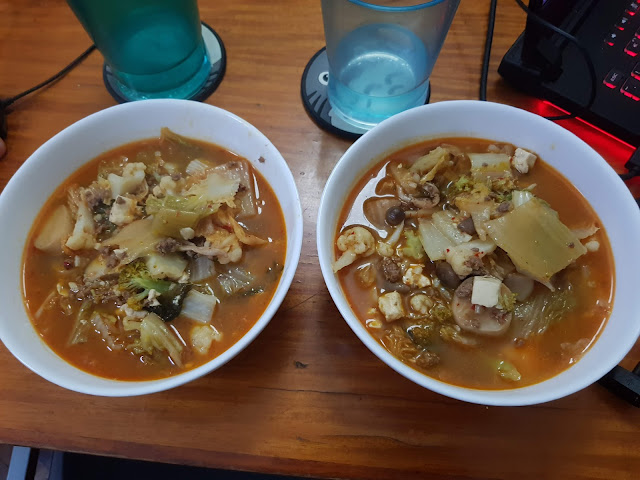 I've just backed the Kickstarter for the collector's edition of Castles of Mad King Ludwig, which is a game we do enjoy. I'm not 100% sure if it really merits a full collector's edition. but we have to recognize that the special versions of these board games have been pretty awesome and it's painful to miss out. I have no idea where we're going to put the game once it arrives or whether or not it will get here without needing to pass through the local post office, which is always a painful experience in Taguig.

It always feels weird to get new board games while the quarantine continues on. Tobie and I can only play so many games on our own - a lot of them would really go better with more players. We've had a few isolated game nights with a friend here and there, but we've kept such encounters very limited and spaced apart to minimize risks. Still, our tabletop game collecting continues on despite the global pandemic since the game creators continue to release new stuff.

Portalcon was just this weekend and they've announced a host of new games that they're working on including a new Dune game that uses the Detective system and some curious circus-themed set collection game. They also had a panel on the upcoming Book of Adventures for Robinson Crusoe, and it seems Tobie's Forbidden Island scenario is still part of the release. Across recent panels, his scenario was always discussed first - probably because Tobie's last name is Abad. But yeah, exciting stuff!

The new games continue to excite us, definitely. But at the same time, it's still rather frustrating since we still can't meet up with our usual gaming groups as before in order to celebrate these games together. We have campaign games like Seafall and Pandemic Legacy: Season 2 that have been unable to move for so long because of the fact that we are unable to physically gather to play.

Still hoping things will change for the better sooner rather than later.