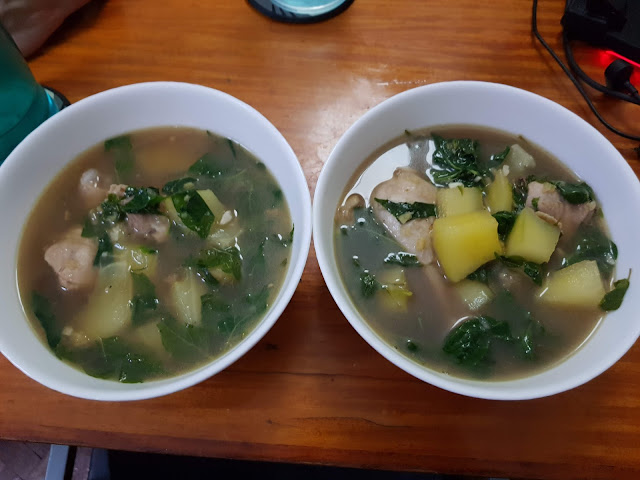 Metro Manila Community Quarantine - Day 310
I have a bit of a thing for true crime stories. Netflix seems to be very aware of this fact and not only continues to churn out new contact of this nature but also makes sure to offer them as recommendations whenever possible.
I guess it's the mystery reader in me that likes these sorts of stories. I like following investigators as they gather evidence, reconstruct crime scenes, and try to piece together what happened. Tobie and I have explored a variety of shows that both celebrate clever conclusions and even the wrongly accused in need of exoneration. There are even all these unsolved mysteries where the trail runs cold and all that fun stuff.
True crime stories tend to rely on the assumption that cases are solvable given enough work and maybe intuitive insight. Like any good mystery, you want to get to a final solution. And in that sense, I guess true crime stories sometimes feel like math problems? We all live for a good solution. But of course, not all problems can be solved when you don't have the factors and variables in place, and that's where many investigations fall short.
But a lot of true crime stories tend to be American ones or at least Western ones. They tend to feel more aspirational when you look at our own police forces and so-called Scene of the Crime Operatives that act as the closest thing we'll ever get to CSI. I say so-called since it seems very rare that forensic science really feels all that developed when it comes to how local cases are tackled. Our police investigations don't exactly inspire a lot of confidence when we look at the snippets reported in the news, so I dunno.
Do I continue to cling to true crime documentaries in the hopes that the world will make more sense one day? It's not wrong to hope that our legal systems still stand a chance to become better than they are now and more reliable in terms of the quality of their investigation and the rightfulness of their eventual convictions. It still feels that it's safer to never cross paths with the law since mere suspicion can lead to troublesome consequences if many of the "known" stories can be believed.
Just things I think about.
inner ramblings QuaranGeeking sietch life stop the presses television