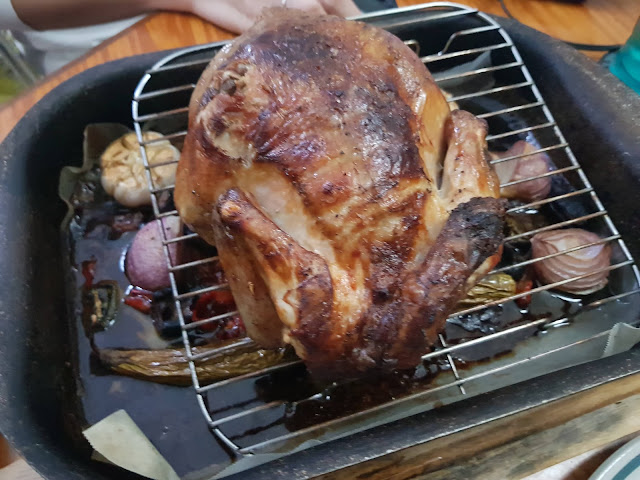 Metro Manila Community Quarantine - Day 199
There is never enough time in the day for everything we want to do - at least that's what is often said. But quarantine has established a different related consideration - there isn't enough headspace for us to manage to do everything that we want to do. That's some sort of a mental health concern, I suppose. Or maybe it's one of the many realities of still being in quarantine.
You'd think that Tobie would spend every night playing board games or doing something geeky together. But instead a lot of ties we end up just watching TV together, which is still okay but not quite as involved. And it's not distinctly because of feeling sad or anything...I'm just not in the mood to do something that requires being more active if you get my drift? But ironically I do feel worse about not always being up for games even given I know that Tobie doesn't mind and is generally supportive. But you know, our brains are funny things.
We do what we can do when we can do it, right? It's weird how that sentence still sorta make sense and it just came to me as I was writing this post.
And this is the topic of today's blog because I didn't know what else I could write about as I was staring at the screen. And I figured that feeling that was keeping me from doing more was precisely what I could write about.
Last anecdote - I used to make a joke where I cup my hands together and offer it as a gift to someone. I open my hands and then show that there's nothing in my hands. And this is because I am giving the person nothing, but by giving them nothing, nothing becomes something I have given them. Thus it's a paradox of sorts.
gaming inner ramblings sietch life tabletop gaming