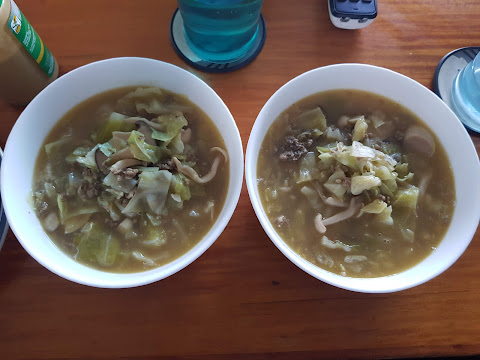 Metro Manila Community Quarantine - Day 26
For most, today was a holiday as it's Maundy Thursday and our largely Catholic-aligned government calendar has this as a non-working day. But it's not a holiday in Singapore, so it was still a working day for me. It wasn't too heavy a day at least, and we still got a lot done.
That still makes this weekend a long weekend as we all have Friday off. Normally this would be a great time to plan some out of town travel or in our case we'd map out extra O Bar nights and tabletop gaming sessions. But now it just feels like a whole lot of extra time that we don't quite know what to do with and we'll just have to make the most of things. There is always something to do, after all. The real challenge under quarantine is finding the motivation to do stuff.
As I detailed yesterday, even gaming feels oddly tedious at times since it's a lot more difficult to manage strictly online. It's not as bad with our existing campaigns since people already know how the systems work and adapt quickly. It's a lot trickier with new games being run for new players and the need to make more accommodations adds to the difficulty of things. But gaming is still a very important part of our shared life together and so we're doing our best to make things work.
We've reached a point in quarantine when I've been wondering if we should try to revive the PS3 for other gaming options. I've already managed to get back some limited time for Star Trek Online as there's a First Contact event until the end of the month. It's a nice little distraction, although I'm not a very social player despite it being an MMORPG. Such is the nature of STO, I guess. It works perfectly well as a single-player adventure.
We're going to be at this until the end of the month. It's a long time to stay indoors and away from friends and family. But we should remain thankful that we still have a chance to interact and connect through the internet and other digital channels. We should count such blessings rather than think about all the less-than-ideal stuff going on.
computer gaming console gaming family gaming health holidays QuaranGeeking sietch life social networking tabletop gaming