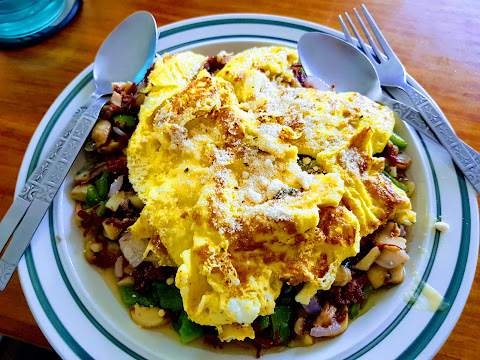 Metro Manila Community Quarantine - Day 25
The President is going to make a statement to the public again tonight. News of the impending statement was announced at around 07:00pm with no specified time and it's almost 4 hours later and nothing has happened yet. In the earlier weeks of the quarantine, we'd all be glued to our TVs and computers to await what our leader would have to say. These days whenever one of these press conferences is announced, there's the inevitable eye roll as we all wonder when he'll actually address the public. And then by now a good number of people head to bed and just wait for the news agencies to dissect whatever he'll have to say and convert it into something somewhat more sensible, as much as any media summary of a Presidential speech can.
We're in the middle of playing a Vampire game over Discord as I'm composing this entry, and I'm pretty sure that I'll be able to finish this before the President addresses the nation.
After a few weekends of experimentation, Discord has become out most stable platform for running games for one reason or another. Roll20 is supposed to be the better solution, and it's great for things like character sheets and visuals that the GM can control. But their audiovisual platform is oddly wonky, and I guess the sheer volume of players isn't helping. After encountering similar problems across different games, we've gone back to Discord time and time again and that has worked out better. Throw in some chatbots for dice rolls and you have a pretty decent gaming experience.
It's never going to be quite the same as playing in person. This is further complicated by the fact that we rarely have games where everyone is able to run video since some people are just relying on mobile data for getting online. But it's the best way to get a decent gaming experience these days apart from maybe working through different paid board game apps in order to play with friends. I know Tobie has a lot of frustrations with running games online ranging from being unable to play music without drowning out one or more players or the nuances of teaching new players a new game system without the option to just reach over and point at where you need the player to fill in a character sheet. But we're making the most of what we have.
Well, back to the game for now. The President still hasn't addressed the public.
gaming inner ramblings QuaranGeeking sietch life stop the presses tabletop gaming