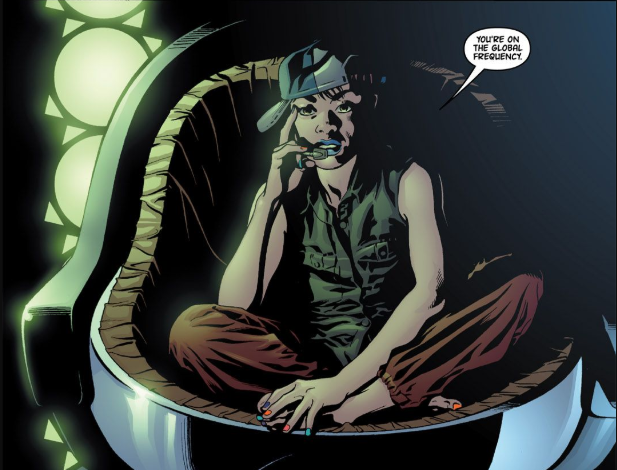 Once Tobie and I started hanging out, one of the first things we did was share fandoms and exchange reading material. I spoke a lot about my love for Dune. Tobie started lending me comics that he felt I needed to read.

Global Frequency is a limited comic book series created by Warren Ellis that was released between 2002 and 2004. The Global Frequency in the comic is an organization of 1,000 (later 1,001) individuals of diverse talents, skills and backgrounds who are called to work together to save the world, more or less. The 12 issues told different stories of different members of the organization and every story would begin with one of the agents being activated when Aleph (think something like a Matrix operator) calls the agent to tell them they're on the global frequency and the agent responds with their agent number to confirm.

It was a weird comic that in hindsight nicely aligns with how Tobie and I really fell in love with the show Fringe and other science fiction weirdness. The series has a nice mix of espionage-style elements, science fiction super plots, and some good old-fashioned human ingenuity. It's rare to see an agent more than once apart from Aleph and the presumed leader of the group, Miranda Zero. But the series also employed different artists, thus even these characters would look different from story to story.

It's a great series and it was my entry point into the fascinating writing of Warren Ellis and Image Comics - or perhaps alternate comic book publishers in general given my primary experience was with the big boys Marvel and DC. Tobie helped opened these doors to me and the experience gifted me with great stories added to my geeky knowledge including the likes of The Authority and of course the much-beloved Planetary.

I'm re-reading the series now as I was looking for something to read along particular lines. It's not quite as trippy as MIND MGMT, but it does scratch a similar itch in your head.
comics television Tobie