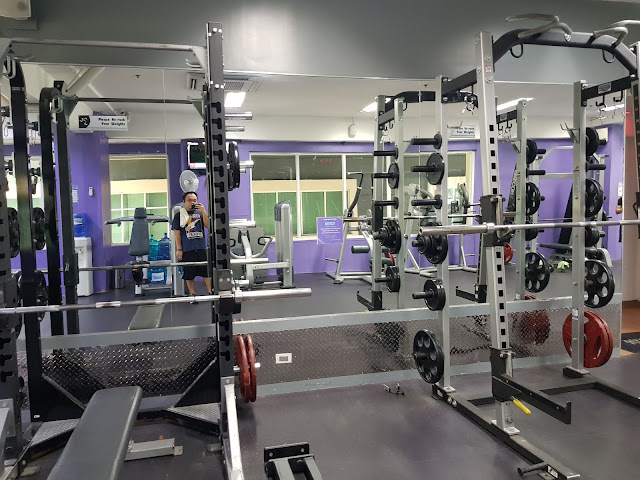 Of the two Anytime Fitness branches I had visited last week, only Anytime Fitness High Street has been keeping in touch and still pursuing me as a potential member. To be fair, Burgos Circle never got my personal details so they theoretically have no way to contact me apart from my Facebook Messenger inquiry.

The High Street branch had called earlier in the week to offer me a 7-day trial pass instead of the usual 1-day pass, and I decided to pay a visit today since we have Friday off for Chinese New Year across our Singapore and Manila offices. However, they also messaged last night about a special promotion for Chinese New Year that was pretty tempting.

My main hesitations for signing up with the High Street branch were how much further it was versus the Burgos Circle branch and how many people were there after work. I've delayed signing up for a gym largely because of my general discomfort with crowds of people and the thought of dealing with that on a regular basis wasn't very appealing.

But when I visited today I was surprised to see that there was hardly anyone at the gym. The staff confirmed that they're only really busy between 05:00pm to about 11:00pm but outside of those hours the gym was pretty chill. And this would totally work with my existing routine of working out in the morning before heading to the office. I just have to decide if I want to head to work straight from the gym or swing by the house and freshen up there. Everything is relatively close enough such that I actually have a number of options.

And then the promo results in me only needing to pay for the RFID key fob without all the other regular sign-up fees, so that felt like a good enough offer to make up for the fact that I'll be in Singapore sometime during the tail end of my 30-day window where I'm limited to working out at my home gym only.

So yeah, after my trial workout and photo documentation of the machines at the branch, I decided to skip the 7-day pass and just sign up for real. I'm officially going to the gym now! LOL
gym life health sietch life