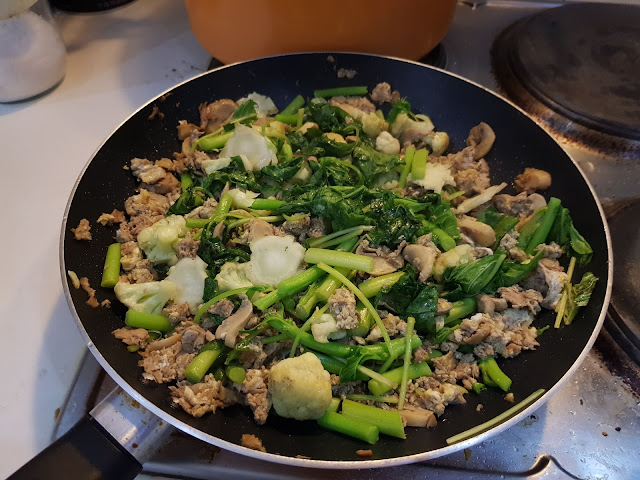 Today has been rather weird. Or maybe it's the past 24-hours and not strictly just this calendar today.

1. The ring-light we ordered via Lazada arrived yesterday, but when we opened it up last night we discovered that the stand had a significant dent in one of the support struts. Since Lazada doesn't process replacements, the only option left is to return the item for a full refund. I've already ordered a replacement from a different seller but now I have to deal with the horrors of returning a Lazada item at the nearest LBC location.

2. I woke up pretty late today and got bogged down in bed watching some of the videos of Mark Zuckerberg's responses to the questions of the US Congress. I still forced myself out to jog but I barely managed 20 full minutes of running given the time. This sort of threw me off all day.

3. Still feeling pretty blah at the end of the day and I can't quite put my finger on why. I can only generally describe the overall feeling as tired but not sure if that's precisely it. Maybe I'll feel better after a proper dinner - we're still waiting for Tobie's chicken to finish roasting since he only got to start rather late since he came from the preview day for ESGS.

4. We haven't like completely finalized our Halloween costumes for Saturday, although we do have a general idea. It's silly but simple and will probably work well at O Bar or it might get us thrown out of the bar (hahaha?)

5. At least my new portable lightbox arrived and had no issues. It's pretty big and I wonder if I'll have the energy to unbox a few Transformers before going to bed. But given how the day started, it would be a lot smarter to sleep early and get my body to a better state of health.

6. I'm stuck at an annoying weight plateau again - practically for the past 2 months now. I know that my weight is not necessarily the best indicator of my overall health, especially since I've been jogging these past few months, but it's the low-hanging fruit in terms of things that I can measure about myself.
food adventures moving pictures picture picture sietch life Tobie