02517: Over the Shoulder Eyebrow Raising 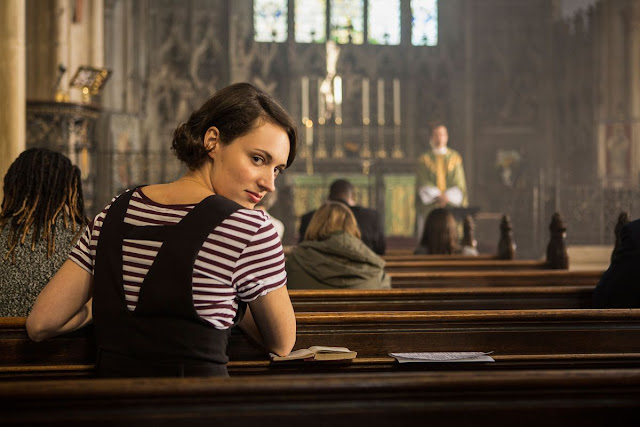 One of our favorite (British) TV shows is Miranda, a subtly clever comedy centered around its awkward yet adorkable title character. Her clumsiness and general weirdness is precisely what made her so endearing and it's why you'd end up rooting for her while laughing at her often slapstick instincts.

Fast-forward to the present and Tobie and I ended up blitzing through the Amazon Prime (British) series Fleabag, which has a lot in common with Miranda including a lot of facing the camera directly in order to seek some comfort in the shared amusement of the audience. But whereas Miranda is the poster child for insecurities and often childish whims, Fleabag is centered around a woman who is very comfortable in her own skin and not ashamed to enjoy her sexuality.

The show is an intelligent exploration of her world and her unique perspective on things. We get to experience the depths of her relationship with her sister and other members of her family. We witness men enter her life and leave just as quickly. And of course, we get front row seats for her self-destructive tendencies that are just as debilitating as Miranda's insecurities.

We enjoyed the show a lot and I see why the show snagged awards despite the also amazing Marvelous Mrs. Maisel competing for attention on Amazon Prime. I'm not sure if there's going to be a third season for Fleabag, but at least we got a pretty solid story.