0249A: The Marvelous Creation of Amy Sherman-Palladino 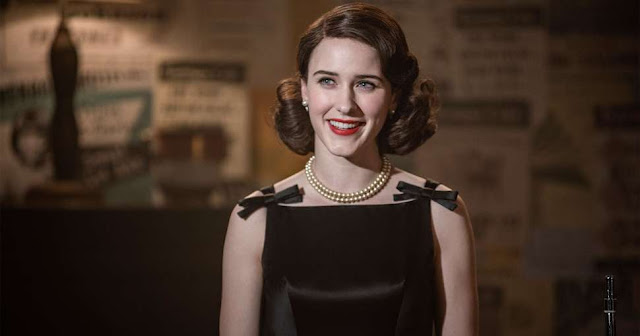 As of late, we've been watching The Marvelous Mrs. Maisel on Amazon Prime Video since we've run out of episodes of Good Omens and The Expanse. And this is not a bad thing - the show is not just Marvelous, it's AMAZING. The writing just blows my mind and the cinematography of the show is simply exquisite. The characters are fully-formed and complex and they work together remarkably well. It's not a show of black and white characters but instead, everyone is a kaleidoscope of color.

We just finished the second season and now I understand why it has won so many awards because there's so much love in this show that it boggles the mind how they can afford to make something so beautiful and entertaining and so many other things all at the same time.

I sort of get how the mind behind shows like Gilmore Girls came up with this show given the rapid-fire punchy dialog but somehow the team decided to dial things up to eleven in every other aspect in order to make a distinctly unique television experience. The long takes, the fabulous outfits, and the never-ending comedy from start to finish. The show has a rhytmn to it - a candence that makes it feel more like a stage play or better yet a musical but people aren't necessarily singing. But they are performing to a beat that resonates throughout the entire show.

Ladies and Gentlemen, I may not be able to convince you to get Prime Video because of the BSG-feels of The Expanse or the tribute that is Good Omens, but you have to get into The Marvelous Mrs. Maisel.
inner ramblings television