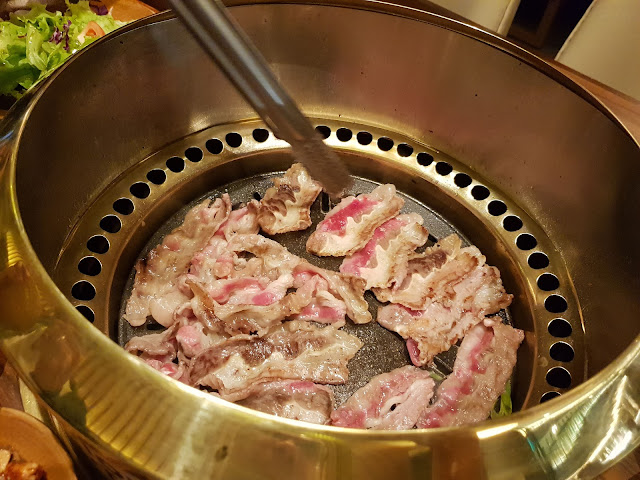 A few months ago Tobie and I were worried that the local Sariwon's level of service quality was on the decline after a change in staff and potentially management. Fast-forward to today and we probably eat there at least once a week, so clearly things have changed. We've reached a point where the staff recognize us on sight and know that we order the exact same thing every time.

Given the quality of the food and the way we order, Sariwon remains to be one of the most affordable keto-friendly options we have when eating out. We stick to the unmarinated woo samgyup as our primary protein and Tobie and I split up the sides based on what I can and can't eat. And we ask for a lot of extra lettuce since I don't have rice.

Eating keto at Sariwon is still cheaper than eating at places like Max's Restaurant or even Salad Stop! when I customize a keto-friendly salad option. It's definitely a better deal than when I similarly customize what becomes a salad bowl at Poke/Poke at SM Aura. And ultimately we don't generate any food waste despite my carb aversion, unlike other places where we end up with lots of extra fries or whatever.

So I'm glad that the level of service is a lot better now than a few months ago and the staff seems to go a little out of their way to treat us well whenever we eat there. And given how we often end up going multiple times in a week, it's only fair, right?
food adventures keto life sietch life Tobie