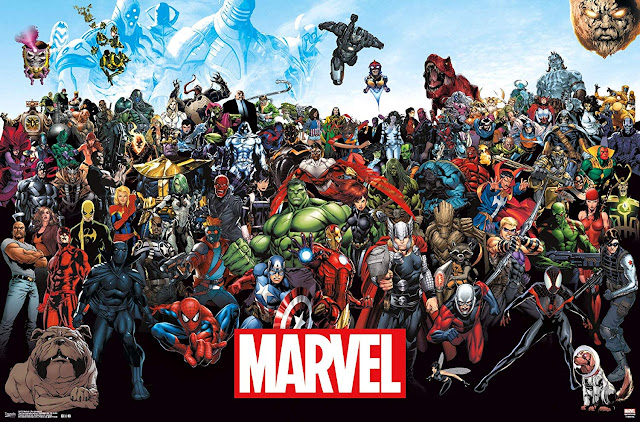 Some odd musings after finishing the Audible audiobook edition of Marvel Comics: The Untold Story.

I can't remember what my first-ever comic book was, but I can tell you which hero was the one I first fell in love with. As I've stated before, I'm a huge Spider-Man fan and that's been a bit of a lifelong love for the character and what makes him work. Sure his story has been a little all over the place given his different iterations over the years but on the whole, there's still a lot of love there.

That initial fascination for Spider-Man slowly snowballed into a general appreciation for the different Marvel comics titles. I naturally started from books tangential to the Spider-Man books then sort of went over the deep end once big crossover events like The Infinity Gauntlet came around. Some of the last books that I ever tried exploring were actually the X-Men-related titles and the Avengers books.

The point is that for most of my life, my answer to the Marvel or DC question was almost always Marvel.

When the Clone Saga ruined the Spider-Man books, I sort of lost my way. I started exploring my mom's Batman collection (you read that right - my Mom's collection) and that was actually a lot of fun. We caught the beginning of the Grant Morrison run on JLA helped me better appreciate more of the DC universe together with the different animated television series out there.

In the end, I still came back to Marvel, particularly around the time of the Annihilation comics and their effort to build on the cosmic side of Marvel, something that I had already fallen in love with thanks to Starlin's Infinity comics. And that got me back on the Marvel horse so much so that I even returned to Spider-Man thanks to the Spider-Verse comics event and all that Dan Slott goodness.

If you look at my comiXology purchase history, Marvel dominates my digital comic book collection, largely because of the number of sales they run on a weekly basis. And I have limited regrets as I continue to celebrate Marvel's unique stories - and that's not even fully factoring in the cultural impact of the Marvel Cinematic Universe.

I started a Marvel fanboy and I guess I'll always be a Marvel guy. I still read a good number of DC, Image and Dark Horse comics but few storylines are quite as compelling as what Marvel has managed to put together.