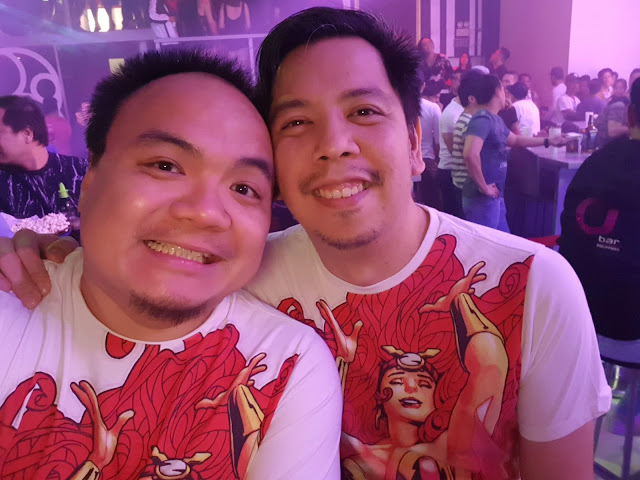 I had a poll running on my Twitter for what shirts Tobie and I should wear to the Metro Manila Pride March this year and the results are in - it's going to be a Zsazsa Zaturnnah Pride March for us! It's a pretty good choice given the quasi-traditionalist in me will always prefer to wear White for Pride events plus it's very local given the celebration of Carlo Vergara's unique superhero character. And the results do make sense given the profile of my Twitter social circles I suppose.

In years past we had invested time and money in creating special shirts for previous Pride Marches but we didn't quite manage that this year. And admittedly it's been a while since we had last attended a Pride March as going to Marikina has always felt a little tedious ever since we moved to BGC from Cubao. But given the impressive turn out last year and the many issues that have gained a fair amount of attention including the languishing Anti-Discrimination Bill (or the SOGIE Equality Bill), it's really an important time to stand up and be counted, so to speak.

With the march only a week away there's no real time to think of any other gimmicks apart from digging up the rainbow flags we have lying around the Sietch. If we're lucky we'll find some nice Pride-themed accessories for the event apart from the lovely bracelets a friend gave us just last weekend.

It's going to be an exciting Pride celebration to be sure!
queer life social networking Tobie