02791: An Adventure at the Hotel Denouement 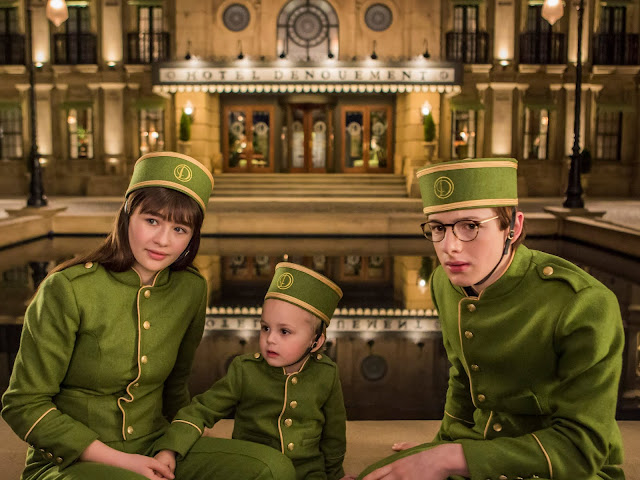 I was surprised by the release of the third and final season of Netflix's adaptation of A Series of Unfortunate Events and it's only this week that we've been able to squeeze in time to watch a few episodes after work.

I've been looking forward to seeing how they would wrap up the series after I had finished reading the books because the series really ramps up the level of mystery and intrigue starting with The Slippery Slope with a significant peak in The Penultimate Peril and a most expected resolution to everything in The End. I figured the series would be hard-pressed to achieve the same narrative elegance of the books but the Netflix team has managed to craft a unique experience all on their own with new material not found in the books.

We've just reached the episodes that take place at the Hotel Denouement and while the visual depiction of the hotel doesn't quite live up to the almost crazy representation in the book but the dialog is just as intricate and brilliant.