02634: Commiserating with the Baudelaires 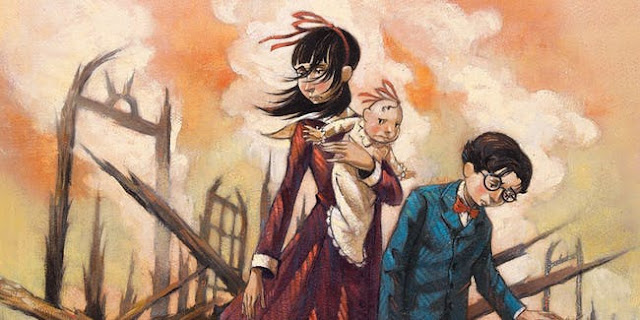 So I'm still in the process of reading the books in the A Series of Unfortunate Events series given how quickly we had blitzed through the second season of the Netflix adaptation. Now I'm plowing on ahead to get to the end of the series before the third season airs and it all becomes "too late".

As beautiful as the TV series has proven to be, the books are equally if not more brilliant given the way things were written. The whole story structure and the interconnections between both characters and events makes for excellent reading and I regret not having read the series earlier. As much as I had enjoyed the Harry Potter books so many years ago, I must admit that the flavor of the Lemony Snicket books feels a lot closer to my interests.

And the way the books are written with such an active narrator in the form of Lemony Snicket that it makes for a lot of wonderful meta-narrative. It's the sort of writing that helps you imagine the writer winking at you. And this sort of cleverness is not easy to achieve and at times it can be annoying when things aren't plotted out well. But in this series it all works out so well that it boggles the mind. More than a series of childre's book, this is a beautifully intricate mystery with so many complex elements laid out from the very first book and pulled together at the end of things.

I only have two more books to go and the adventure will end. But I will be all the better for it. Good books like this don't come along often.
books television