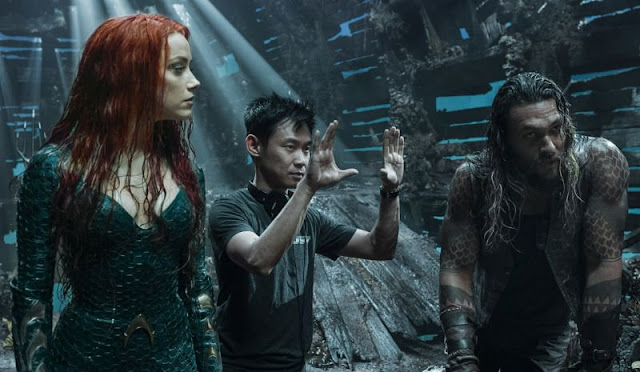 Well, we watched Aquaman today. It wasn't a terrible movie. It wasn't a great movie. It was barely a decent one. But as far as DC movies go, it was definitely better than most. But we have to cite that Wonder Woman was still better.

The movie was very confusing in tone. It had some great fight scenes but also way too many explosions used as transition devices. It had genuinely fun moments but Aquaman himself could barely land a punchline. It had bits of poignant emotion at times then later drowned out by ham-fisted attempts at romance. Sigh.

It's a good thing that we watched Spider-Man: Into the Spider-Verse first this week. That movie was so much more worth it. I think I want to watch that movie again.

And it's such a shame since I had such high hopes for the movie based on the last few trailers . Oh well. Back to waiting for Captain Marvel.
moving pictures