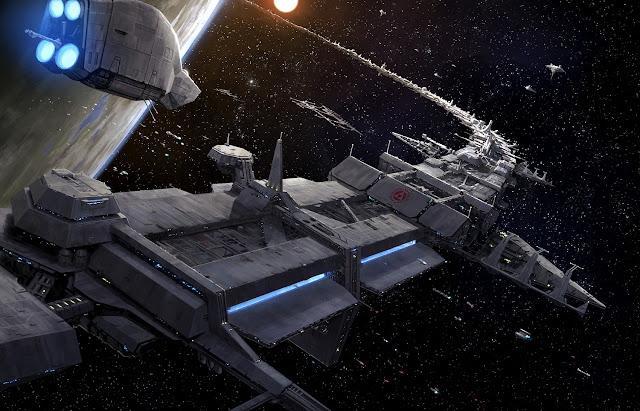 My recent acquisition of a massive lot of Star Wars: Armada ships has given me a new problem - how to secure more of them. The set included the complete releases from the Core Set until Wave 5, leaving Waves 6 & 7 unaccounted for and of course the bigger challenge of the soon-to-be released Super Star Destroyer.

I knew Star Wars: Armada was a bit of a niche collectible wargame based on design alone but my research of different local tabletop game retailers seems to confirm that the lack of wide scale interest has not encouraged more stores to stock the ships and other expansion sets. My best lead so far is a Greenhills tabletop game store called Fortress, however they only seem to have the recent Rebel releases and are out of stock of the Imperial forces. And I'll admit that my interest in this game leans heavily Imperial.

I joined a Facebook group for local Star Wars: Armada players and I'm just learning that there was some sort of embargo in effect in Asia for Star Wars products? I'm still looking into things but it appears to be some sort of a licensing complication outside North America because of things like how Bandai has the rights to create model kits but can only sell them in Asia.

I want to explore local retail options a bit more before I start looking into making online deals to bring the ships in from other countries. But then again if this embargo news does pan out (as it was only discussed in August of this year), maybe the ships will become a lot more available soon enough and my sourcing problem will go away.

I just hope that this doesn't become another LEGO Dimensions situation. Admittedly there seems to be a lot more interesting in the X-Wing Miniatures Game versus Armada and that kind of a deal can slant retail interest away from stocking product. Tough times.
gaming Star Wars tabletop gaming