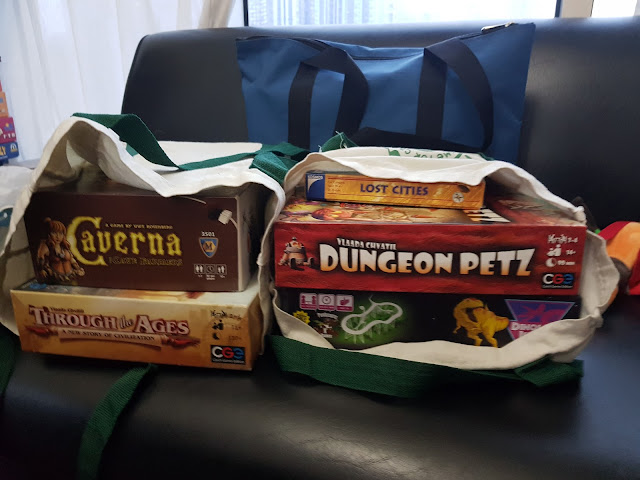 Today is going to be another big board game day and we're still in the process of figuring out what games to bring. When your collection consists of close to 400 games, it's never an easy question to answer. As this is one of the few regular game sessions that we participate in that aren't held at the Sietch, we need to consider carefully what games we want to bring.

It's mainly a question of what we want to play versus how many players there are. Most of the strategic games that we enjoy max out at four players with a few exceptions. Today's game sessions involves about 7 people, so that will more likely result in two games being played at a time instead of one big game. We have a few games that can support up to 8 players but they are more the exception than the rule when you get down to it. We're also not that keen on the super big party games that support insane player numbers.

No matter what, I know we're going to have a lot of fun. I just need to be careful not to overindulge in the generous amounts of food that are bound to be available because, you know, I have some tests to think about.
gaming sietch life tabletop gaming