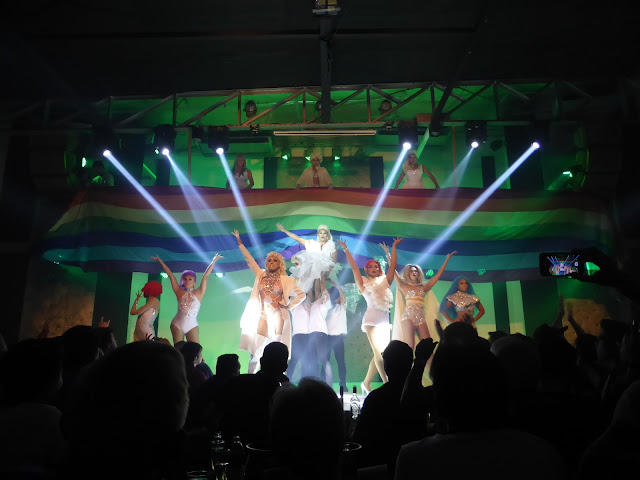 June is LGBT Pride Month, among other things, and fittingly enough it was this week that the Supreme Court started to hear arguments about a same-sex marriage challenge brought forward by Jesus Nicardo Falcis III - the lawyer that the media loves to stress is "young". To be honest, I wasn't too excited about this particular case despite my obvious support for marriage equality. My problem with this challenge is that he went straight to the Supreme Court without going through any of the other courts first, and history has taught us that it leaves the Supreme Court with an easy out that they can side-step the political challenge of making a true ruling on the arguments raised and can instead dismiss it on a procedural technicality. It's commonly referred to as forum-shopping and normally it means that Supreme Court can kick this case back to the lower courts and have them deal with it first, should Falcis re-file things accordingly. But let's see how things go.

Of course this means that different public figures ranging from celebrities to lawmakers are once again making public statements about their stand on same-sex marriage as reported dutifully by the media. And once again we have the unhelpful comment that the country is somehow "not ready" for same-sex marriage whose supporters include our first transgender lawmaker Bataan First District Representative Geraldine Roman. In the linked article she is quoted as saying that marriage is a social or religious institution between a man and a woman, which feels very irresponsible to me. Sure she is one of the authors of a Civil Partnership Bill that hopes to extend a lot of marriage-like benefits to civil partners (straight or otherwise), to have a member of the community not even appear to try to argue for marriage equality is disheartening.

To be fair, the Civil Partnership Bill is not without merit. It really does try to find a legal remedy for extending many benefits related to ownership, adoption and medical decisions to a new class of legal relationships known as civil partnerships, but this still means that we're still going to encounter other laws and regulations that are worded in favor only of marriage and not necessarily automatically including civil partnerships.

And while the Civil Partnership argument may feel like a possible compromise or safer approach to things that potentially stands a better chance of gaining "public support", this also means that we're down that weird, disappointing road of being distinct and not quite equal. It is literally creating a special case that can extend to LGBT couples (as straight couples will now also be able to file as civil partners) instead of just extending existing rights.

And the main argument against marriage equality seems to be that we don't want to offend people who automatically associate marriage with the religious sacrament and not just a legal relationship. the main argument against extending this legal right to LGBT couples is a religious one. No matter how secular our government should be in principle, in practice our lawmakers invoke religion as the main driver for their decisions ALL THE TIME.

And because of this flawed thinking, all the more I feel like we need to come in swinging and fight for marriage equality directly and not start with a lowball argument like civil partnerships. Let's face it - no matter what you start with the legislative process will still try to winnow down to something even more politically palatable. And when you're starting with a compromise, the end result will more than likely be a loss.
inner ramblings queer life stop the presses