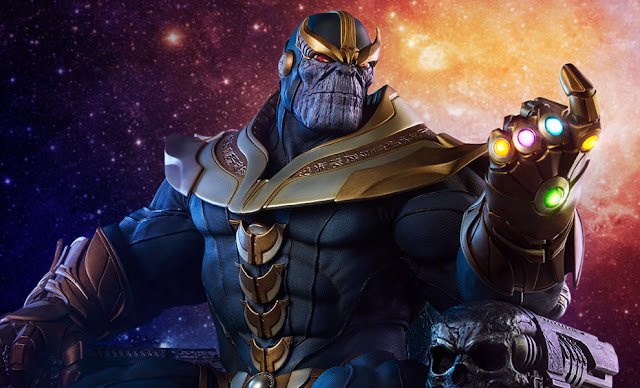 My appreciation for the infamous Thanos of Titan has had me eagerly awaiting his truly official debut in the Marvel Cinematic Universe. Sure we've seen snippets of him in post-credit scenes and other moments here and there, but he hasn't really had a full role to play in the continuing saga of these Marvel movies, but Avengers: Infinity War will bring him into the thick of things front and center.

The initial social media impressions from those who watched the advanced screenings hit the internet earlier today and Twitter was pretty much exploding with excitement about how great the movie is. And a good number of folks had some great things to say about the mad Titan and his role in things - which helps assuage fears that he'd be a rather silly villain as has happened here and there across some of the Marvel movies. They all can't be home runs after all.

Tobie and I are set to watch an evening screening at SM Aura tomorrow, so that'll be a nice little way to celebrate Tobie's birthday. I just have to be a little more patient as we wait for the big battle over the inifinity stones begins in earnest.
birthdays comics moving pictures Tobie