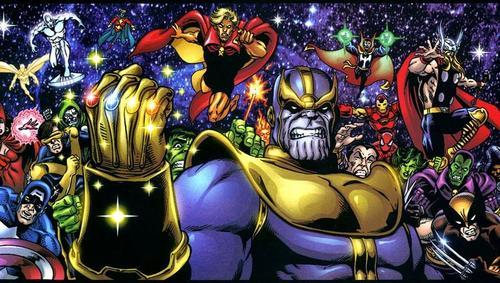 As much as we all have our favorite heroes in terms of the comic book world, we also have our favorite villains. And I have to admit, Thanos of Titan has always been a particular favorite along with Doctor Doom. And while Doctor Doom has a tendency to fall into camp (RICHARDS!!!), Thanos was just a totally different class of villain. Like many others in my generation, I first really came to know who Thanos was during the Infinity Gauntlet comic book crossover event. But as I got to know more about him and better understand the complexity behind his character, I was rather hooked. And I think my continued dedication to several "infinity" stories has largely been to see Thanos in action once more.

Thanos is far more than just a Darkseid clone, although both do tend to wax poetic a lot during their musings. If anything, he's a tragic character, one who seems to have been fated for a dark destiny that he can never seem to fully fulfill. For the most part his goal has been to woo Death as would a lover, but she's a cruel, cruel entity to devote yourself too. Most of his efforts to draw power to himself have almost always related to gaining Death's attention and perhaps even love. Let's face it - here's a guy who decided to gather the Infinity Gems together to become the most powerful being in all creation in order to efficiently kill off half of the Universe's population. But this wasn't just some evil plot out of spite or some silly reason - he set out to do this because Death had asked this of him.

The heavy realization at the end of Gauntlet kinda tempered Thanos' goals over the years. Then again, when you've already been the absolute power in all the universe, everything else must sort of pale in comparison. Thus at times he would appear to be some sort of anti-hero fighting for some greater good, while other times he'd be back on some mad scheme that just might get him back in the good graces of Death. I admit I haven't really dug too deeply into his most recent adventures in the Marvel Universe. Like DC's New 52, I didn't really invest all that much into Marvel Now.

I think the biggest realization that really struck a chord with me was the fact that villains like Thanos just reminded you of how petty a lot of the problems on Earth were. As much as the likes of Spider-Man and teams like the Avengers were all great heroes, more often than not they'd be caught flat-footed when faced with cosmic-level threats. That's probably why I was so into the various Dan Abnett and Tony Lanning comics that sort of revitalized the science fiction side of the Marvel Universe. By clarifying the role of Nova and other long-time characters while alsocoming up with their version of the Guardians of the Galaxy, they did a lot for changing the way Marvel handled this side of the business. And with the new movie out, we're all the better for it. 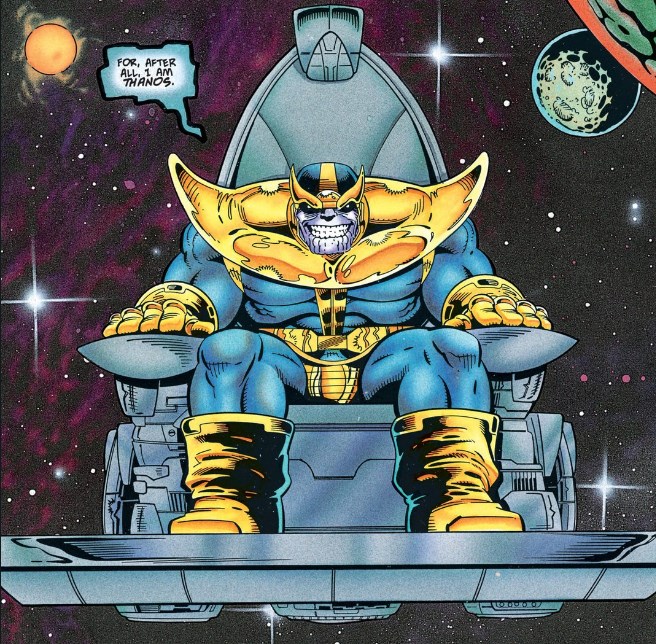 So now that I already have my movie celebrating a superhero team that I really love, I'm really only waiting for Thanos to get his moment in the spotlight. And clearly things are moving in that direction based on what we're seeing in the Phase II movies of the Marvel Cinematic Universe. But of course we have to deal with Ultron first in the next Avengers movie. So I expect that Thanos will continue to wait in the wings as he prepares for his big moment.

And it's going to be epic.
comics inner ramblings moving pictures