March 07, 2014
So my impulsive camera order last Sunday night represented my first time to try out Lazada, an online retailer that's active in 5 different countries in the region, including the Philippines. When I placed the order, it stated that it would take 1-5 business days to complete my order, and so I was looking forward to most likely getting the item within the week. 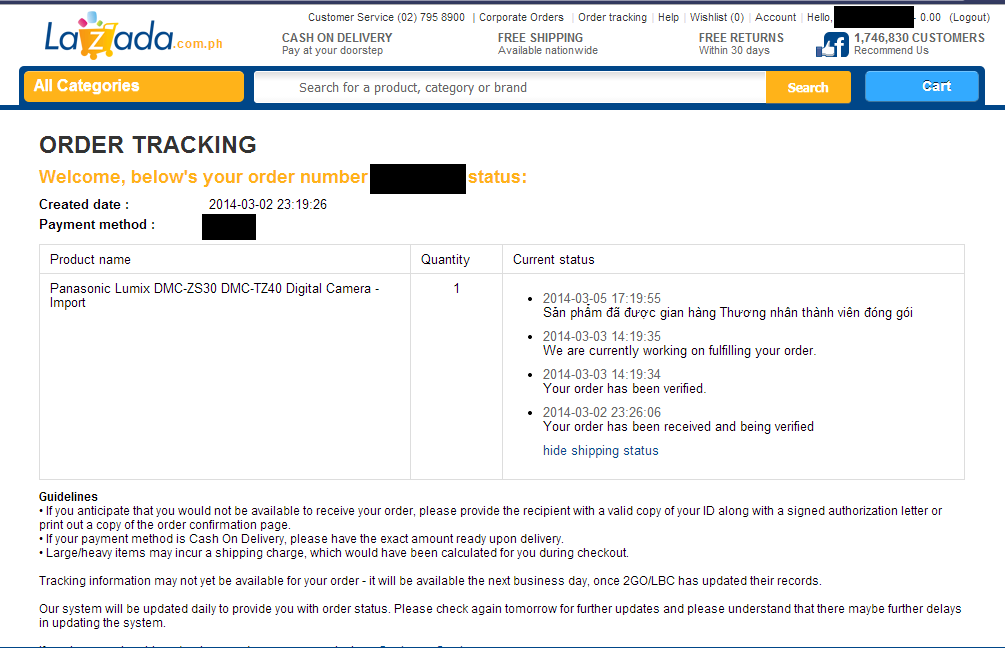 But today represents Business Day #5 and my order status has not changed since March 5. As you can see in the screenshot above, my order stats appears to be in Vietnamese - "Sản phẩm đã được gian hàng Thương nhân thành viên đóng gói". Google Translate tells me that this roughly means "Products booth was packed members Traders". So I tried calling the Lazada hotline and the default voice prompt for following up on the status of orders leads to an IVR message that tells you to call the shipping partner instead. So I called again and looked for the option that leads you to a live representative, and thankfully there was little to no wait time.

The agent pretty much parroted what the order status was indicating - that the item was with them and was ready for shipping. I tried to get more information out of her like why had the item not moved since Wednesday and if there were expedite options to speed things along but it was easy to determine that she had very limited options at her disposal. So I pretty much just ended the call there and will continue to hope for the best.

But the means the very real possibility that it won't get delivered tomorrow nor will I have a viable to camera to use should we go out. And while I could probably use a break from my trigger-happy camera habit at places like O Bar, I'll admit that I'll still feel about about not being able to document another fun night.

I was also supposed to get feedback from the Panasonic Service Center in the area in terms of the status of my damaged camera. They stated that I'd have a cost estimate within the week and since I was already in a calling mode, I gave them a ring as well. Unfortunately, it seems like the tech who's actually working on my camera was working out of an alternate location as of yesterday and so the guy that was left behind didn't have an update for me yet. He could only confirm that the entire spring assembly around the shutter button needed to be replaced, but I had already figured that out when I first realized the zoom was out of whack.

So I might get another call later today should the original tech come back, but I suspect that even if he does call, I'll be fast asleep. And that still won't help me. 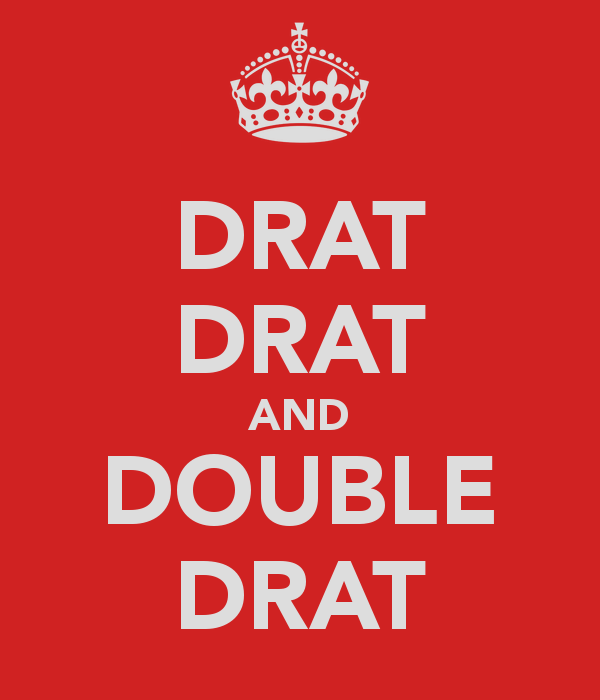