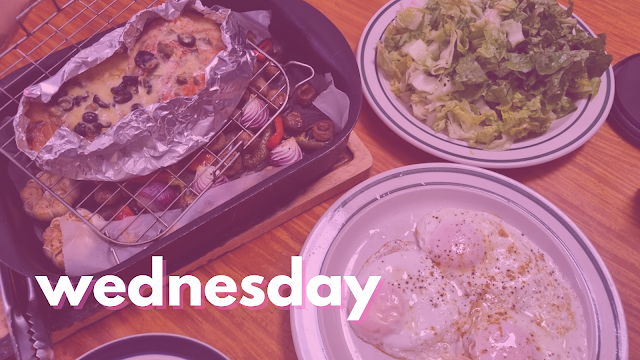 Tomorrow I have a 6-month analysis to conduct, and more reports-related questions to address (at least that's what I'm expecting). Good times.

Plus it's still a mega sale week.

Watching Drag Race Philippines now feels like waiting for the results of the lottery and you see more and more of your tickets no longer having a shot at winning the jackpot. We love the girls, but certain aspects of the show are starting to feel terribly random. But hey, we gotta soldier on and see things through to the end. And hopefully, the winner will be one of our friends.

It was a little rough getting through the first three episodes of the new Bee and Puppycat on Netflix as they're a weird re-hash of the original first season (which is still on YouTube). But after reading some of the wiki stuff, I came to appreciate that the 4th episode onwards is the long-away second season that took forever to come out. And here it is on Netflix.

The humidity is rather terrible this week. Objectively you could say that the temperature isn't as hot as it can be during the summer. But the humidity adds a terrible mugginess and stickiness to things that it feels hot and uncomfortable anyway. But you also feel like using the AC would be a waste since it's not technically hot. Ugh.

It's already Wednesday. two more days to go until the weekend.