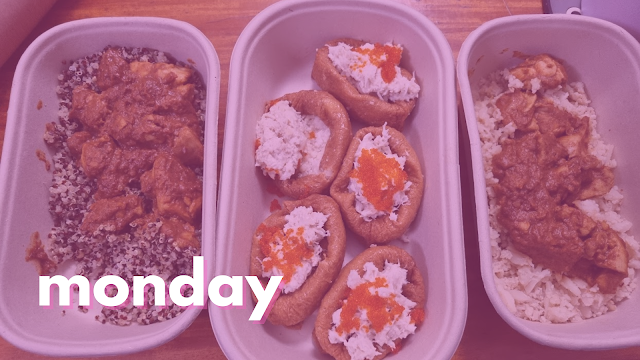 One thing led to another, and my regular Monday meetings all got moved to tomorrow. This was quite the blessing in itself since I had a LOT of work to do including several media plans, setting up other ad campaigns, and a lot of other fun stuff. I managed to clear all the urgent stuff today (including overdue items) but it's never fun to feel like you're playing catch-up at the start of the workweek.

The weather has been annoying for different reasons every day. I'm not sure what kind of weather to hope for as things continue to shift from day to day. Overall, it's definitely the rainy season and rain could be nice to help cool things down, but it can also lead to a lot of flooding across Metro Manila because we're that terrible a city. But the rain we have been getting doesn't seem to have any accompanying shift in temperature. Instead, we've been getting significant spikes in humidity, which makes everything feel uncomfortably muggy and icky. One can hope that things will get better somehow. But for now, we just have to grin and bear it.

In other news, I've really come to appreciate Guilt Free, which has become one of our default places to order food from. A lot of my previous staples seem to have disappeared from foodpanda for one reason or another and thus I've had to explore alternatives. And this place has become the near-equivalent of fast food keto/healthy options which is a bit of a gift in itself. The only downside (apart from price) is the act that it's only on GrabFood for now. So that means I don't get the minimal benefits of Shopback cashback rewards that I'm still able to get from foodpanda.

But their keto food is still pretty good and conveniently available for home delivery, so I can't complain. I think we've pretty much been able to explore most of the menu over the past few weeks just out of sheer curiosity. And one menu item goes for 20% off every week, so that also helps steer our food choices to some degree.