02B72: Friday Compression and Pressure Release 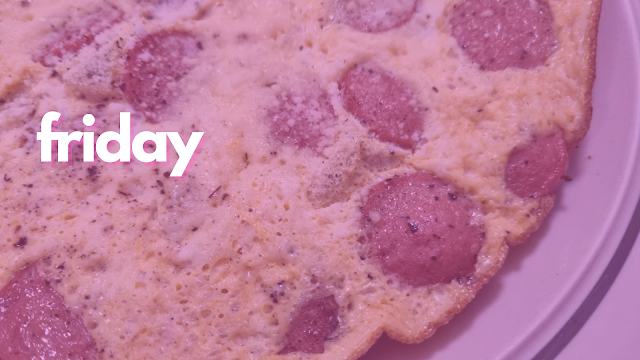 This was definitely one of my busier Fridays for some reason. Maybe it's because last week's company event left things such it's like we've been playing catch-up all week. Or perhaps it's because there's a big holiday next week that is compressing a lot of work requests from different clients. Or maybe things are naturally busy at the beginning of any month given end-of-month reports for the previous cycle, invoices coming due, and yet another e-commerce mega-sale cycle winding up. It's probably all of these things and more.

The weather has been rather abysmal today. It was sort of cool enough not to merit the use of the AC but it's also terribly humid, which makes using the AC a tempting prospect. It's the kind of weather that makes you feel lazy to do just about anything including cooking your own meals. But it's also the sort of weather that makes you feel guilty about ordering take-out since the delivery riders would need to brave the weather. But then fewer delivery orders means less income for them too...so how?

Today we binged the first three episodes of Netflix's new adaptation of The Sandman. In recent history, I felt that Audible's adaptation was one of the best new iterations of the comic book series and it felt unlikely that any live-action effort would be able to live up to that standard. But now I recognize that there's more than enough room to love this new show as each adaptation on a different medium can be loved and appreciated on its own. There's still a bit of a ways to go for this first season, but Tobie and I are really enjoying what we've seen thus far. It's not a 100% word-for-word adaptation, nor should it be. But it's a beautiful translation of the comic into something vividly visual.

But we had to stop our adventures in the Dreaming because we had agreed to accompany a friend to O Bar he had never been there. And we do love to help share our love for the place with other people. It speaks to how busy this week has been that I haven't been able to process my photos and videos from last week's O Bar run. Maybe I'll find time to catch up over the weekend. Or maybe I can dedicate the upcoming Singapore National Day holiday so such pursuits.

I hope you all have a good weekend ahead. Stay dry by staying in and watching The Sandman or something.