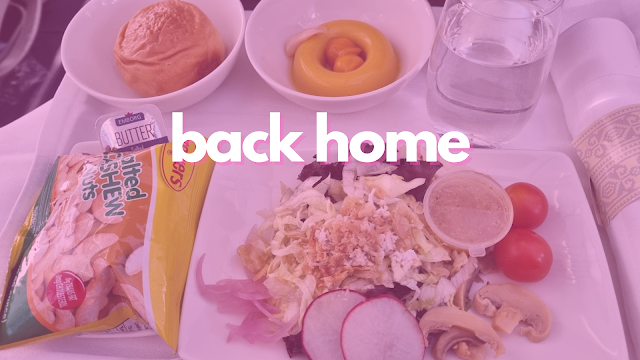 Back home in Manila today. The journey back was both uneventful but also memorable. It's fortunate that we had little to no issues on the bureaucratic front both in Singapore and Manila despite our worries. It helps that we double- and triple-checked all our documents and other things. It's easy to potentially miss on the finer details when you're traveling in a pretty large group.

Trying with toddlers is interesting, to say the least. It's all the fun of babysitting but in an enclosed space that you're sharing with a LOT of other people. But despite the challenges, I honestly had a lot of fun. It takes a lot to try to keep two little boys entertained throughout a 3+ hour flight, but that's all part of the magic of having children in your family. Every parent handles such things differently based on what they've learned about their kids and being able to participate in this effort was a kind of magic in itself.

What really made the flight more difficult for me is the injury I mentioned yesterday. I could still feel soreness in both thighs, admittedly, but it's really the right leg that is slowing me down. At least the ibuprofen I took before the flight made traversing the airport somewhat easier. However, the bigger challenge is getting in and out of a seated position - something you're pretty much stuck in during a flight. And throw your nephews sharing your seat with you at different points of the flight and you can end up in some pretty uncomfortable positions that manage to trigger your muscle pains precisely.

But hey, it's just pain, as we often joke in the family. And you can get through that for bigger things. But I'll have to take another break from more strenuous working out in order to avoid making things worse. I hate it when this happens, but I'm not getting any younger and I have to respect my body's limitations. And this is all part of being more physically active and trying to work out. I know injuries happen and are practically inevitable as I continue to push myself and try to achieve my fitness goals.

It's good to be home.